An old project, part of my thesis in architecture 2002: an early web-3d visualization project introducing different cartogram techniques and methods of urban time-space representation using real-time traffic information. Since the technology used then does no longer work (Virtools), I tried to salvage what still worked for the video.

The work investigates how non-linear space, i.e. space structured by relative units, can be used in architecture using virtual environments. The method is based on the concept of relative space used in human geography and analytical cartography. The example of Los Angeles provides a dynamic view of the city and its states of movement. A view that differs substantially from usual architectural representations. In the course of the work, six prototypical models for the representation of relative spaces were developed, each of which emphasizes different properties of the underlying relative space. The proposed models are implemented as dynamic virtual environments that change their shape and extent depending on the local size of the thematic parameter under consideration and on the chosen reference point.

From the Vectors Journal introduction: 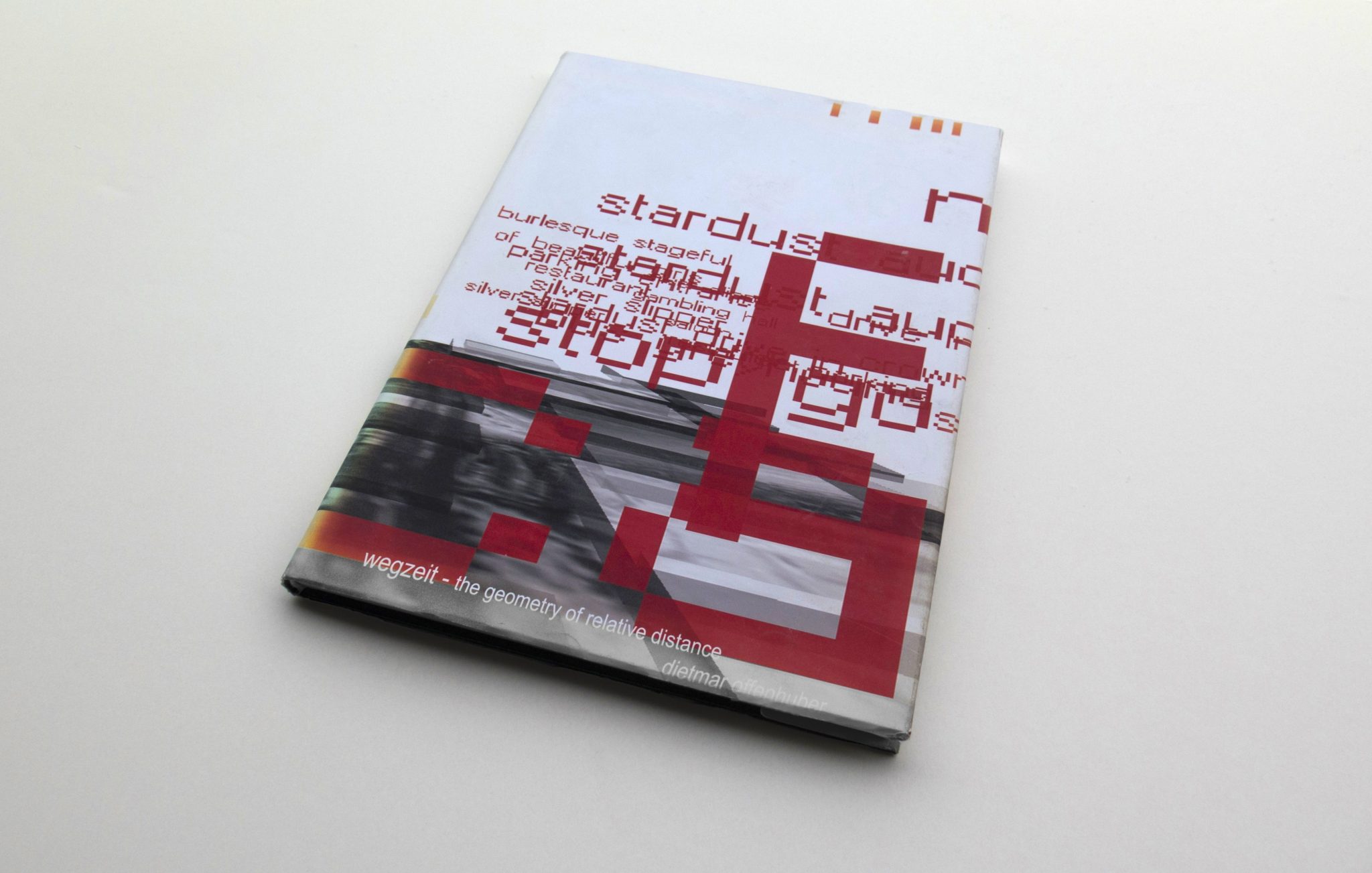 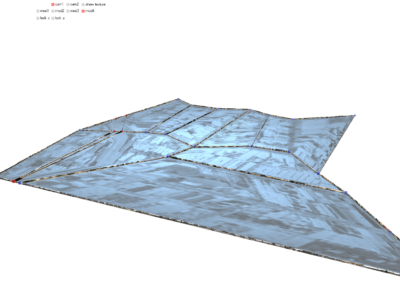 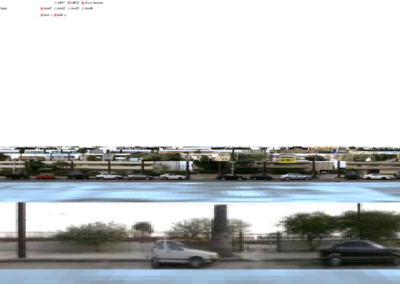 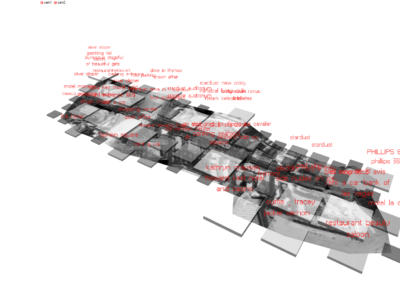 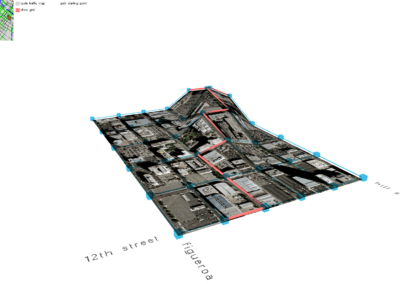 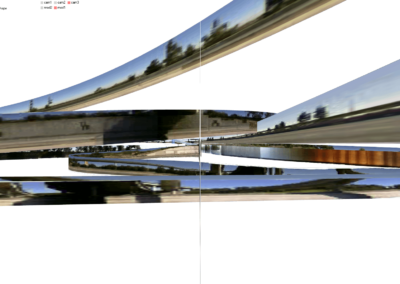 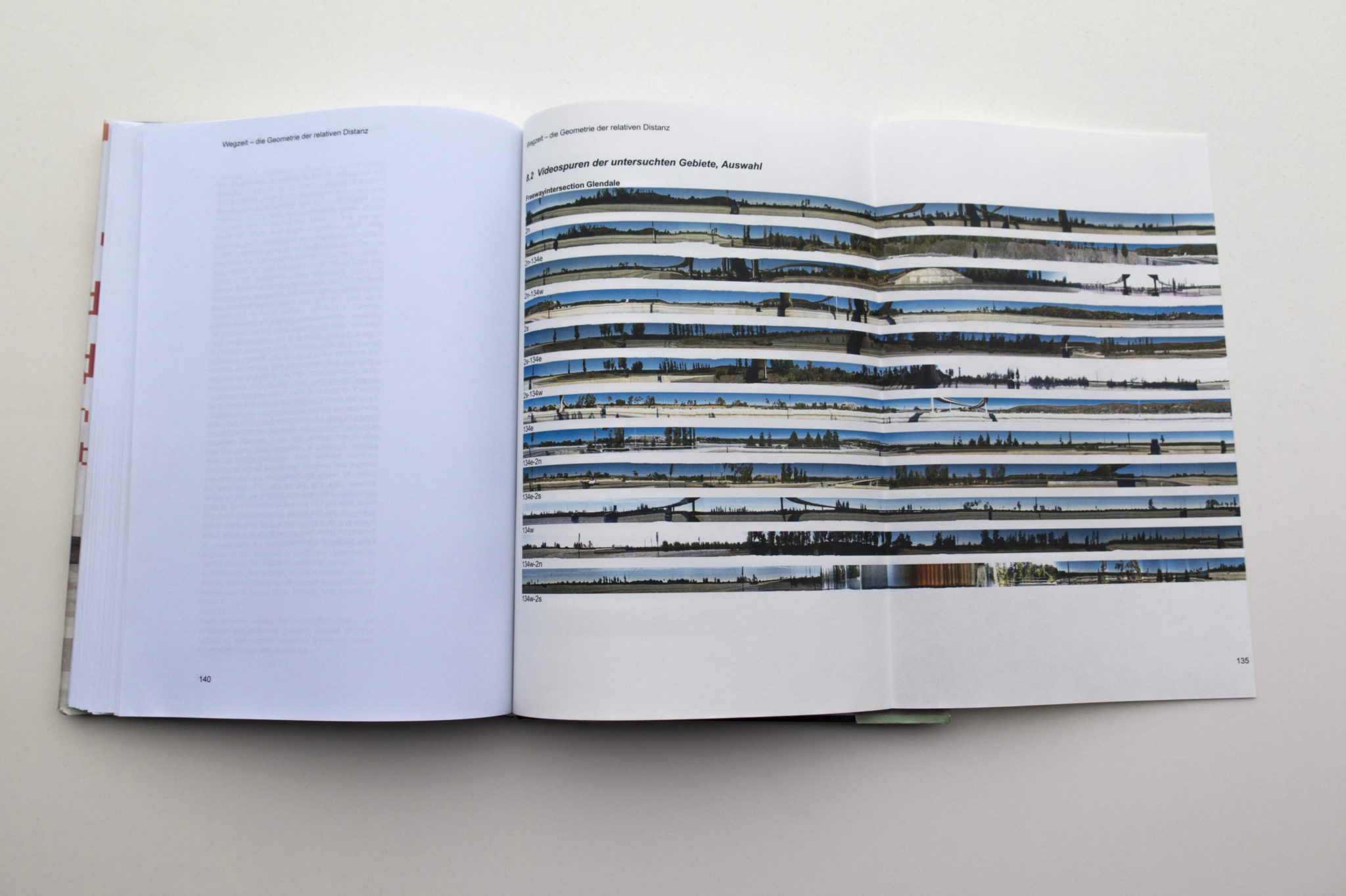