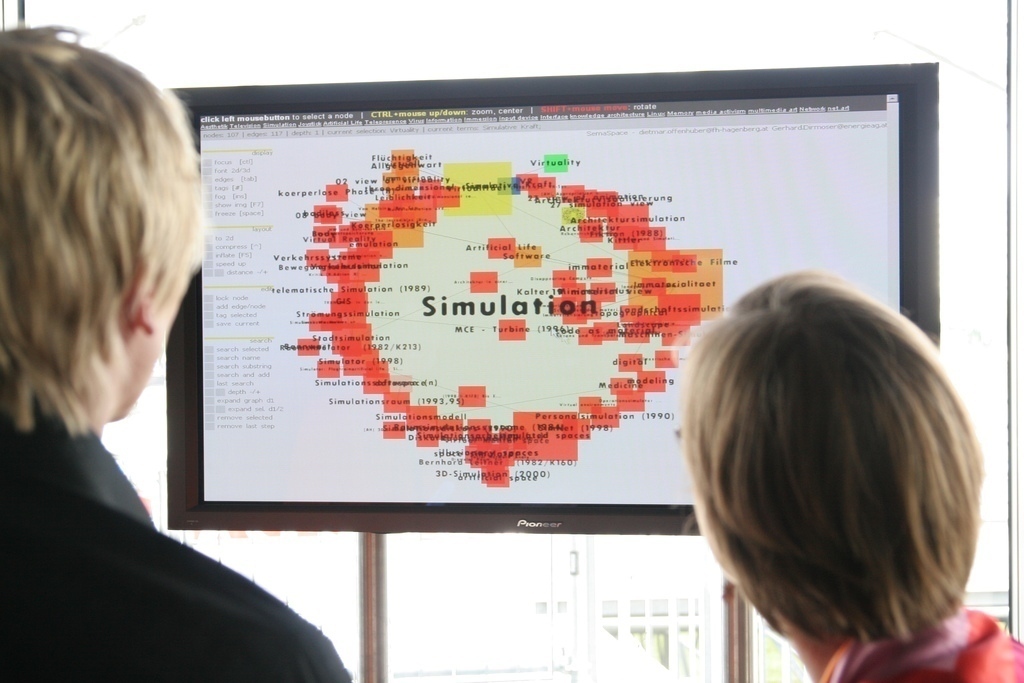 SemaSpace is a compact graph editor and browser for the construction and analysis of knowledge networks. The program was specially designed for the fast, interactive manipulation of very large networks. SemaSpace was first released in 2004 and actively developed until 2010 by Dietmar Offenhuber & Gerhard Dirmoser.

The first version of SemaSpace was developed out of the need for a fast and powerful browser for semantic networks that involve a lot of visual content. Semaspace, a joint project with Gerhard Dirmoser, resulted in an interactive network editor and browser that was based on the web3d technology virtools, which is unfortunately now obsolete. SemaSpace was used for early projects like the ‘landscape of thoughts’, a textual analysis of statements and attitudes towards the European Union, and the first version of Gerhard Dirmoser’s Ars Electronica Thesaurus. 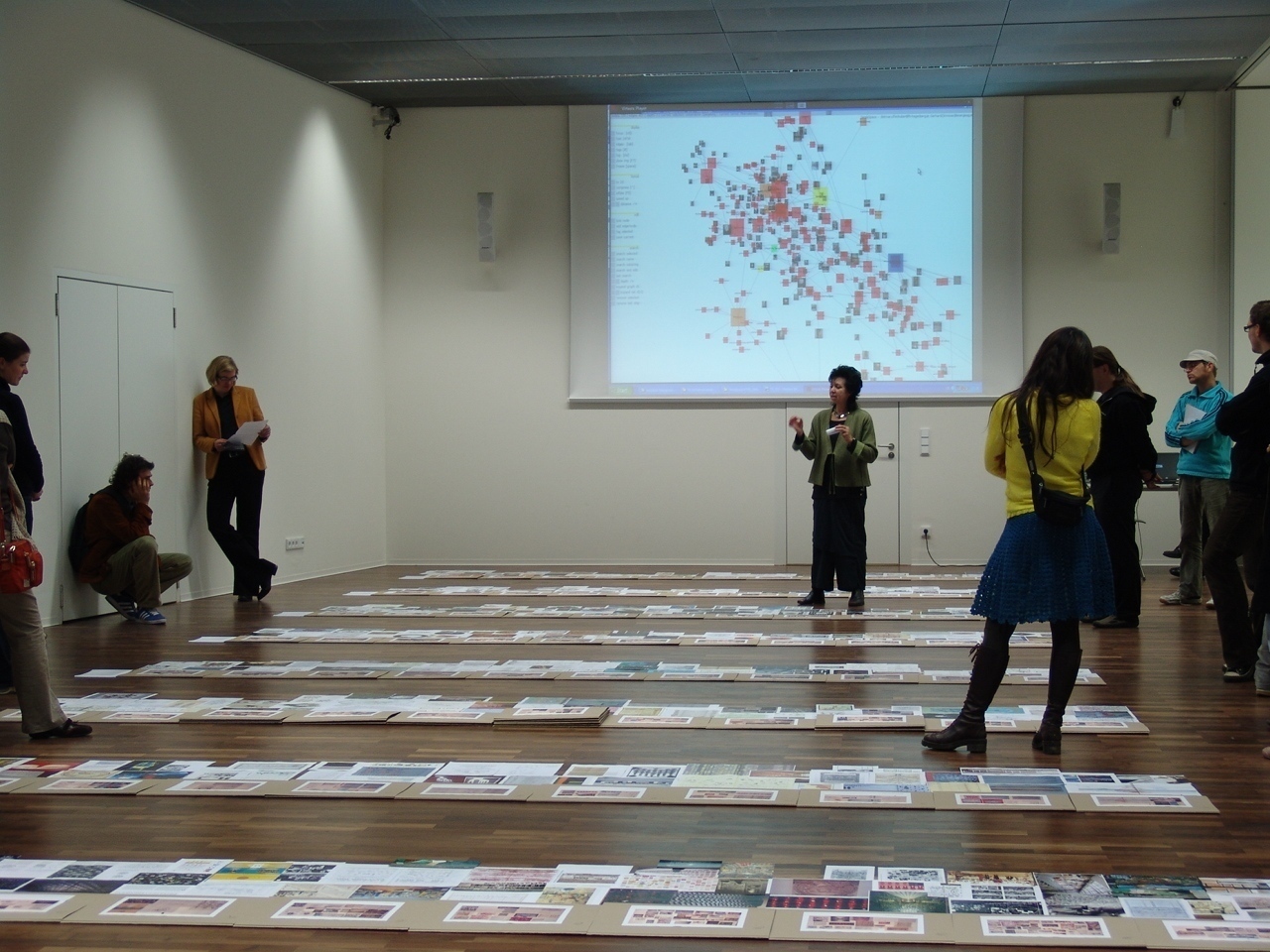 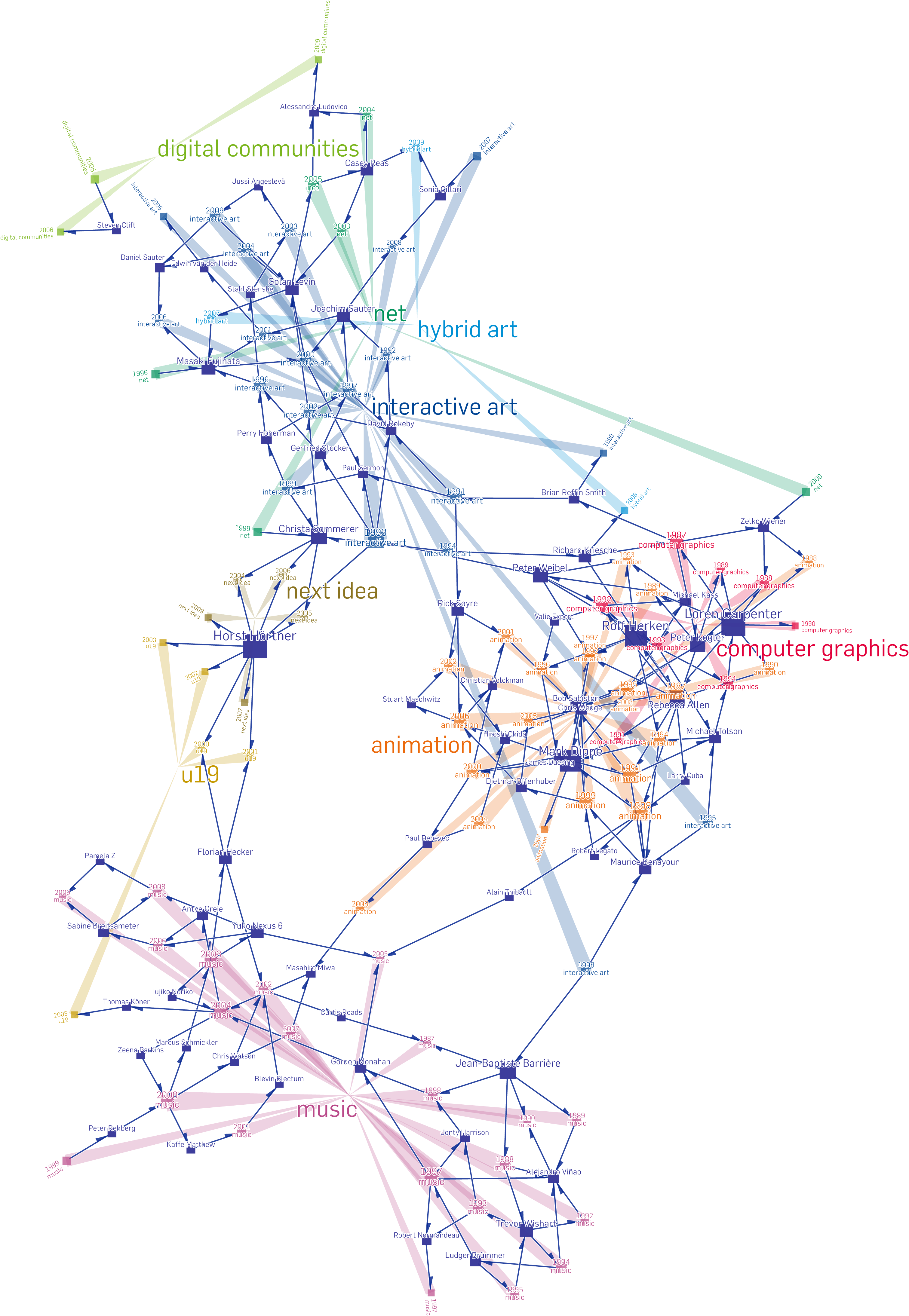 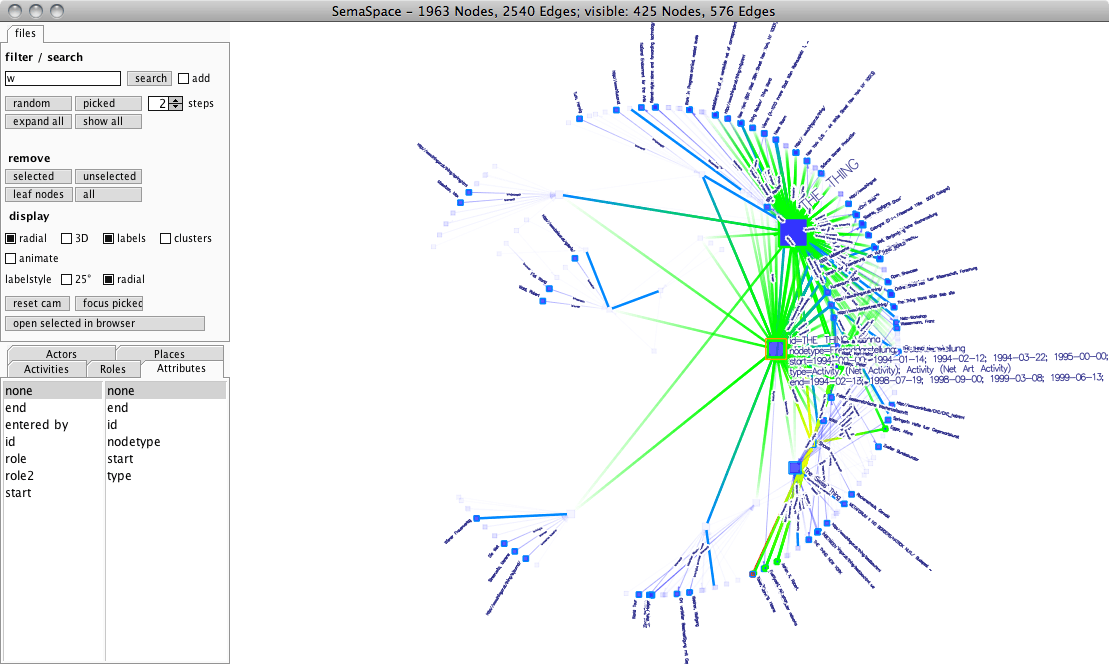 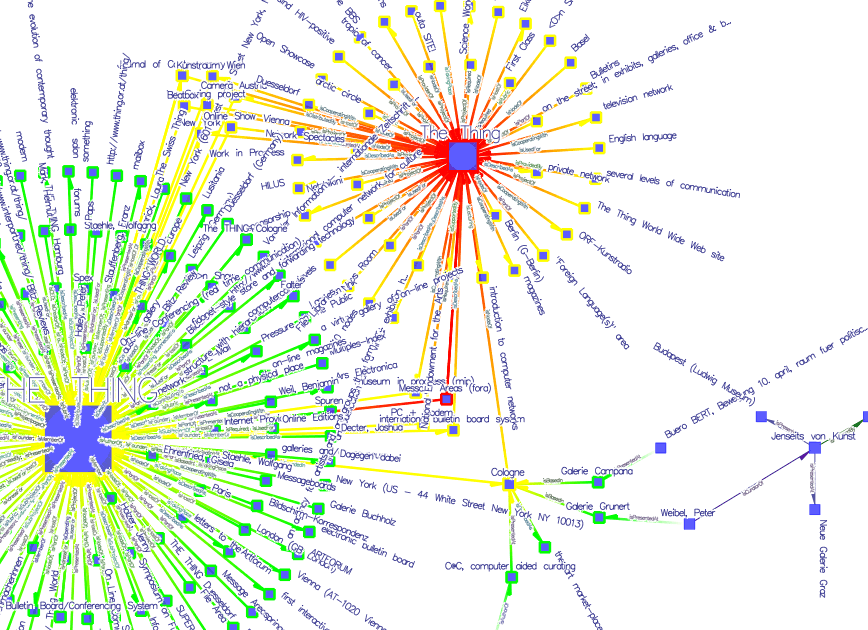 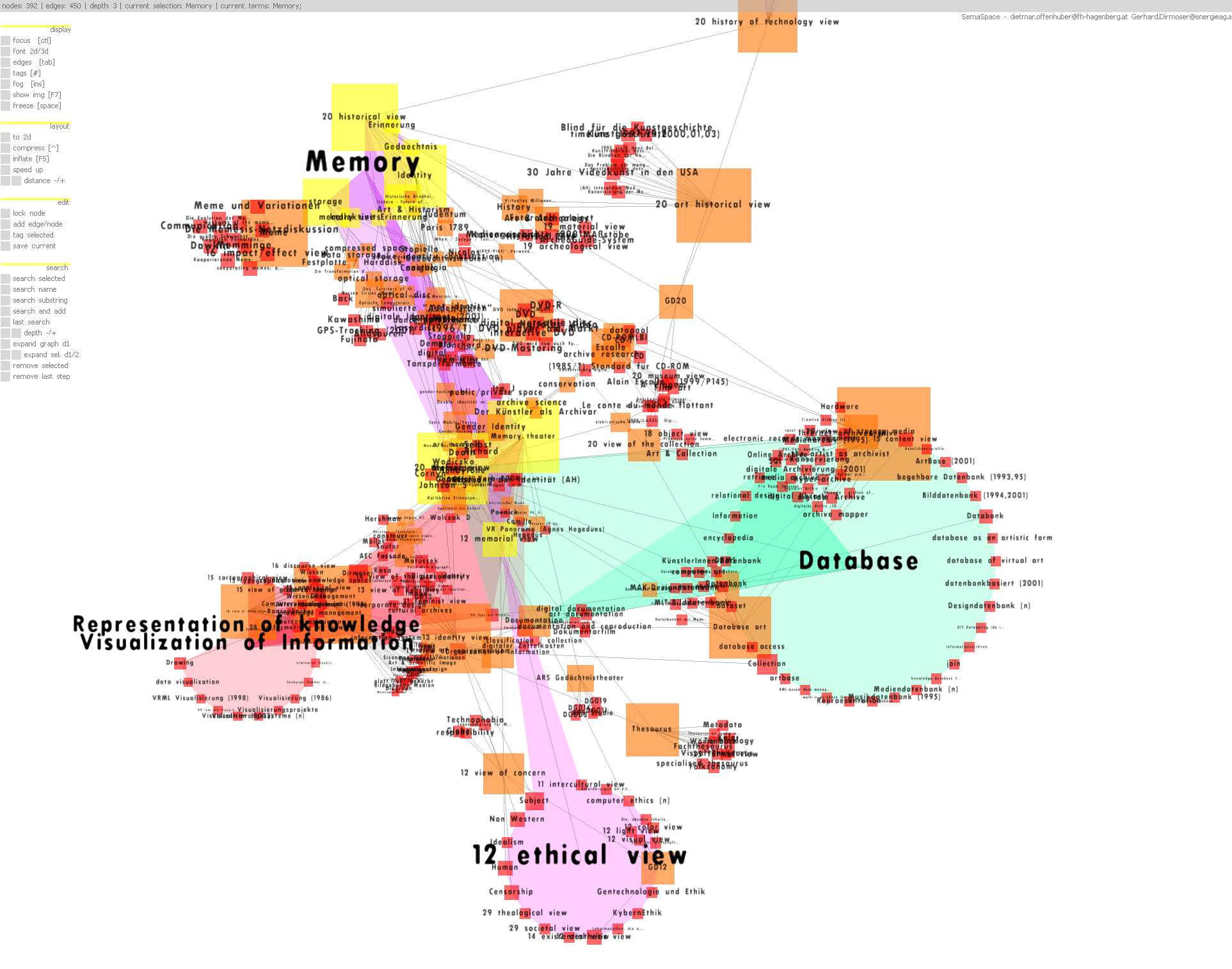 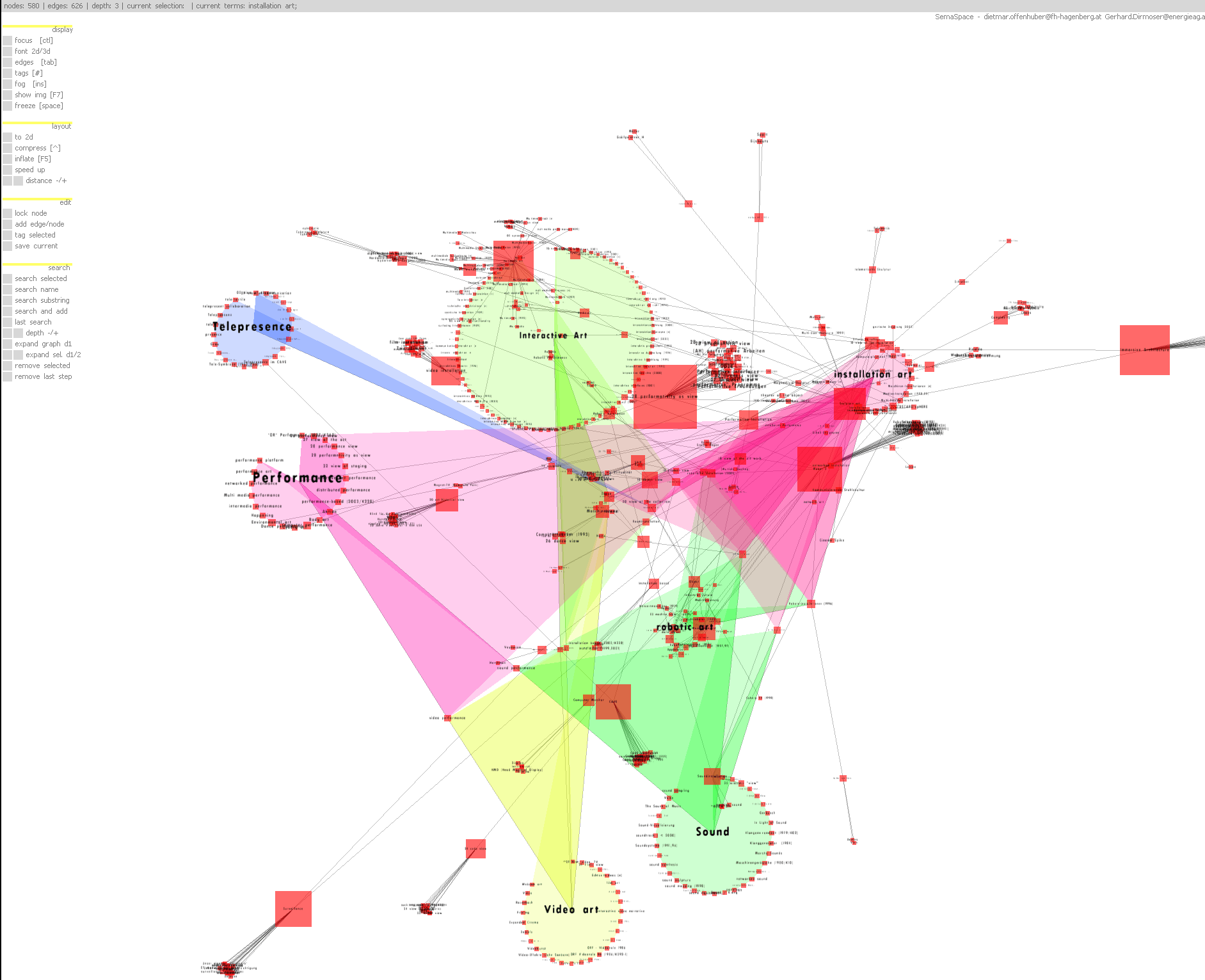 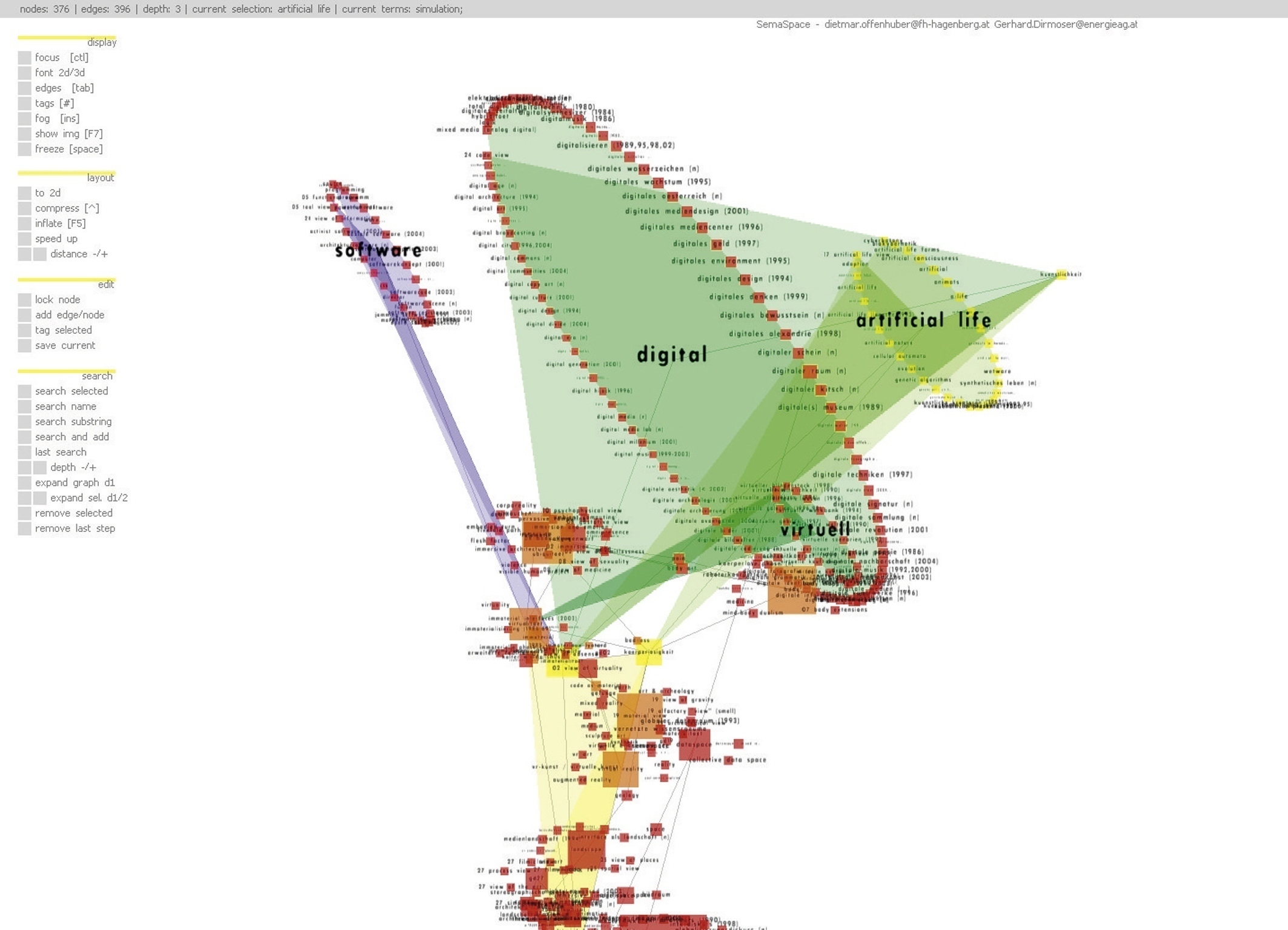 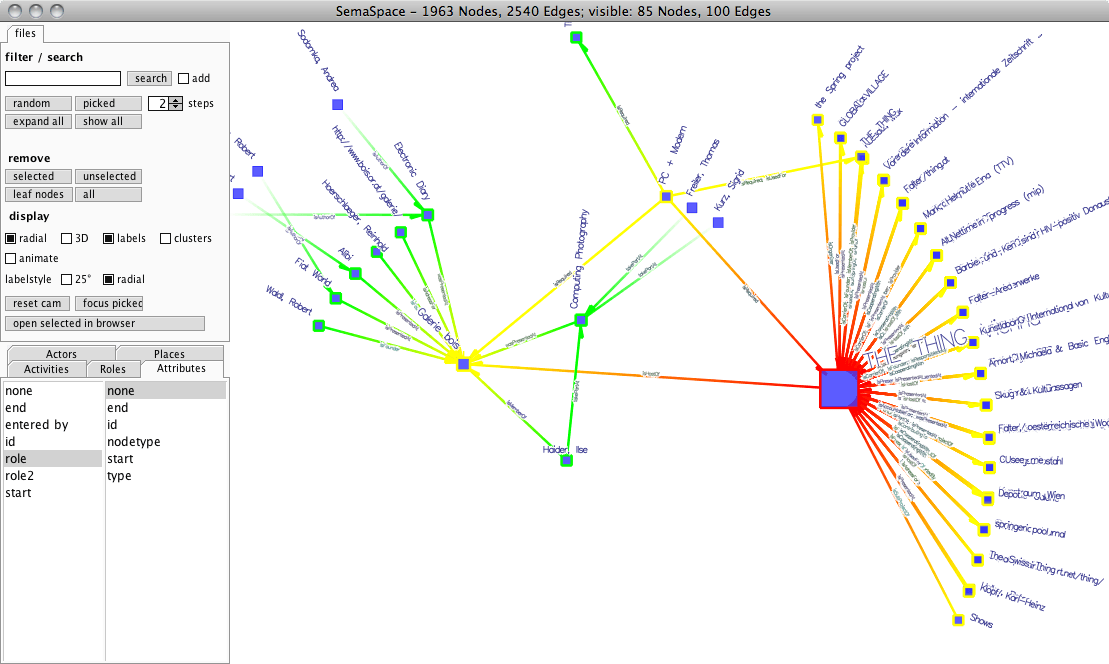