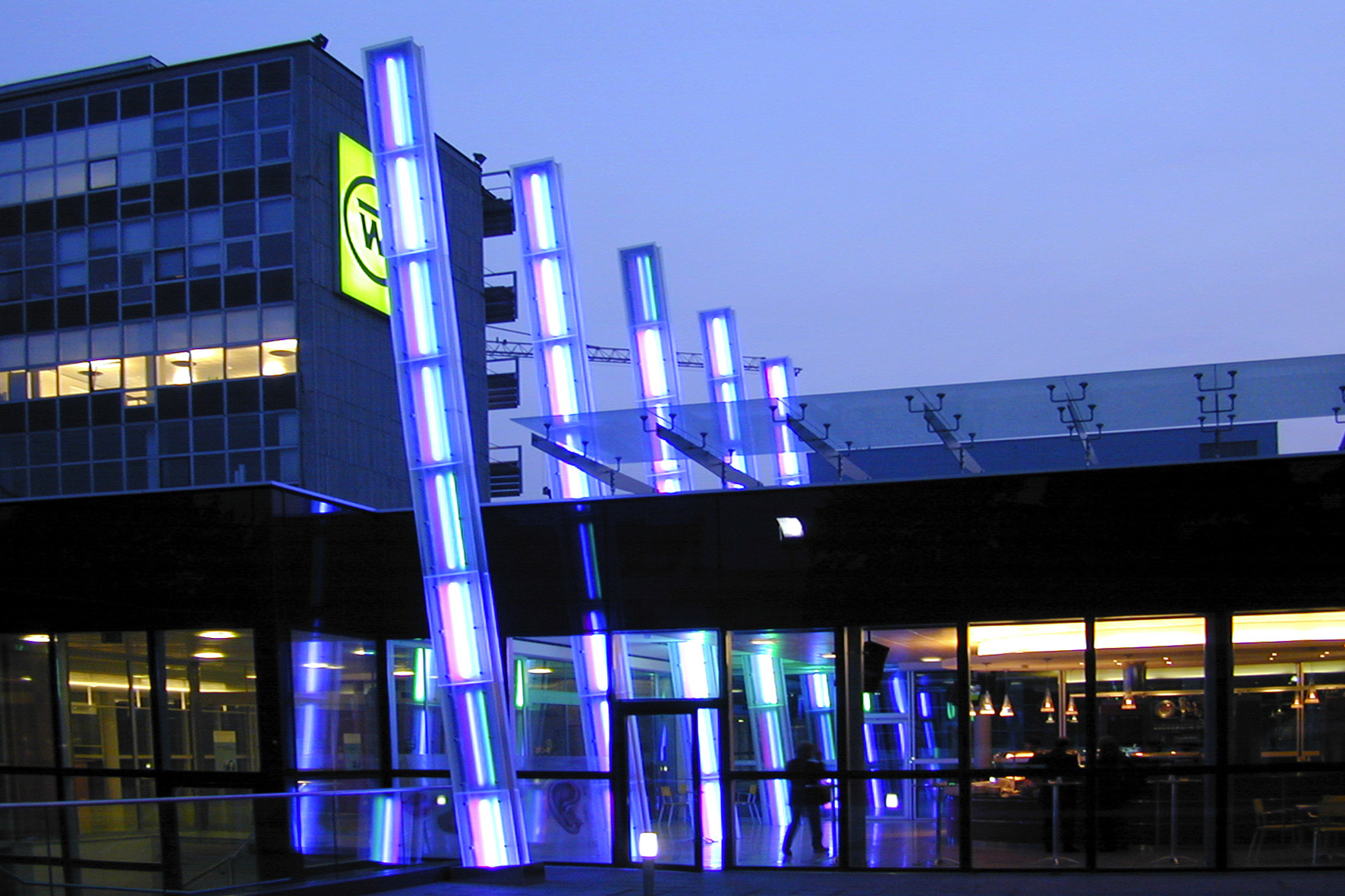 An early media architecture example conceptualized and implemented as part of the ars electronica futurelab. For the new building of an Austrian education institution we conceived a display concept based on the idea of “functional transparency”, the building communicating its processes to its users, visitors and the city.

The project consists of three elements. Most visible from the city, the light columns with individually addressable RGB light elements, communicates global environmental parameters such as time of the day. A second display element, the text floor, was associated with the domain of the users, who could exchange messages (which would, for example, only be able to pass through a door if it was open). Finally, small displays in the vertical columns would show the status of the system, such as the times individual doors have opened on that day.

The user input happens over four input terminals where users could input speech, text or biometric measures such as their pulse, which would cause the light columns to blink in sync.

The project was awarded with the Joseph Binder Award 2001, the ars electronica project page with full credit list can be found here