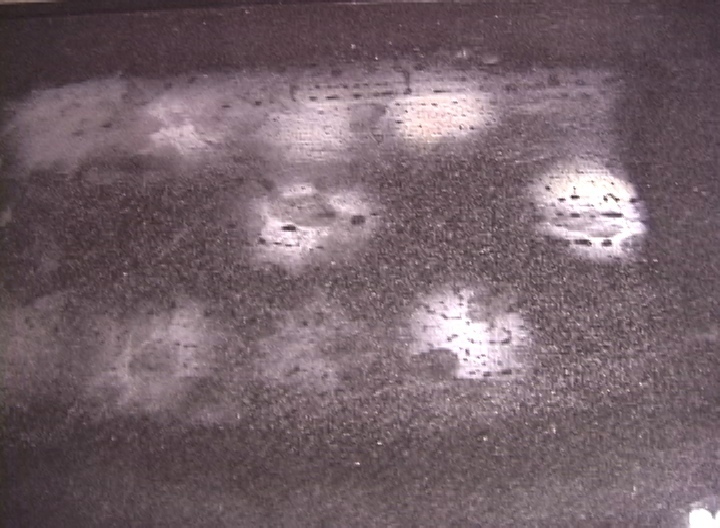 
Inspired by the natural interaction of physical state change cycles and the simplicity and subtle beauty of
Hans Haacke’s 1963 Condensation Cube, Dewy presents a display surface of ’pixelized’ condensation, like a spatially controlled fogged window, one that can communicate back to you with words and patterns. Slow and subtle in behavior, Dewy utilizes a materiality and temporality reminiscent of many natural environmental processes, and attempts to challenge, or create an alternative, to the visual pollution of existing systems of public media display. 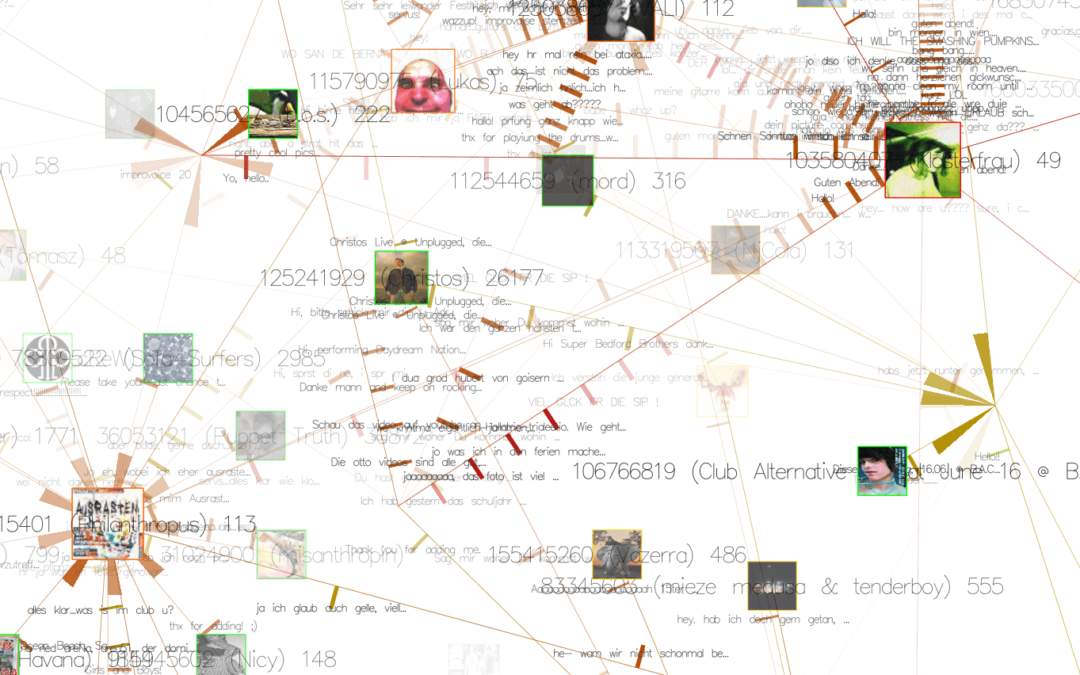 Social networks are abstract organizational structures that help us understand the relationships among a group of interconnected individuals. Much recent research has focused on understanding the structure of these networks, identifying patterns such as bridges, structural holes, etc. and on developing visualizations for these often complex entities. Yet the network itself is a conceptual topology.   The key is the activity that flows along the network paths: the support offered, the information given, the gossip exchanged.
We have designed and implemented a flexible tool for the content driven exploration and visualisation of a social network. Building upon a traditional force-directed network layout consisting of nodes (profiles) and edges (friend-links), our system shows the activity and the information exchange (postings in the comment box) between nodes, taking the sequence and age of the messages into account. This project serves both as an illustration of one approach to the general problem of individuated network visualization and as an example of the practical uses of such representations.
In the mySpace service network-only visualization methods are no longer sufficient to meaningfully represent the community structure.  Numerous commercial profiles, fake/spam/celebrity profiles and tools such as automated friend adders result in a huge numbers of connections, many of which carry little information about a person’s actual social ties and behavior. The average myspace user has more than 130 friends, but there are also profiles with over a million “friends”.   By going beyond the “skeleton” of network connectivity and looking at the flow of information between the individual actors we can create a far more accurate portrait of online social life. 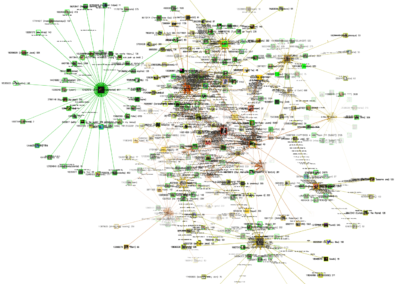 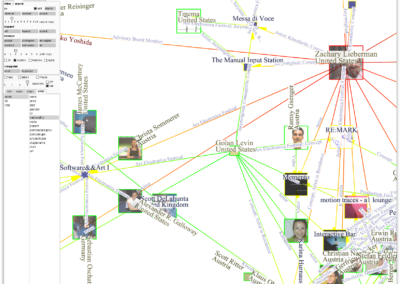 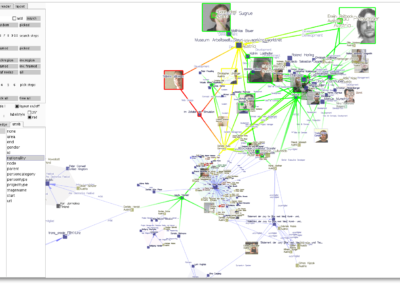 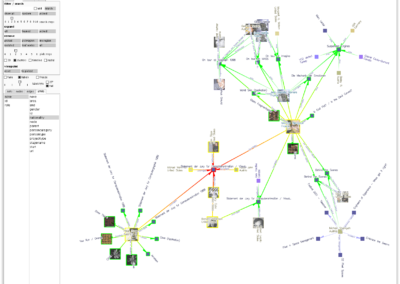 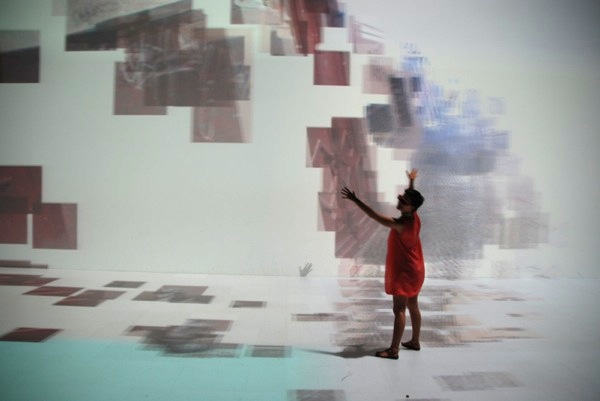 “Above and below do not exist at first, and other indications of direction do not work either. The picture itself is an agglomeration of details that are constantly being created and disappearing, becoming and ceasing to exist, assembling and breaking up.” (Marc Ries)
more information on www.stadtmusik.org