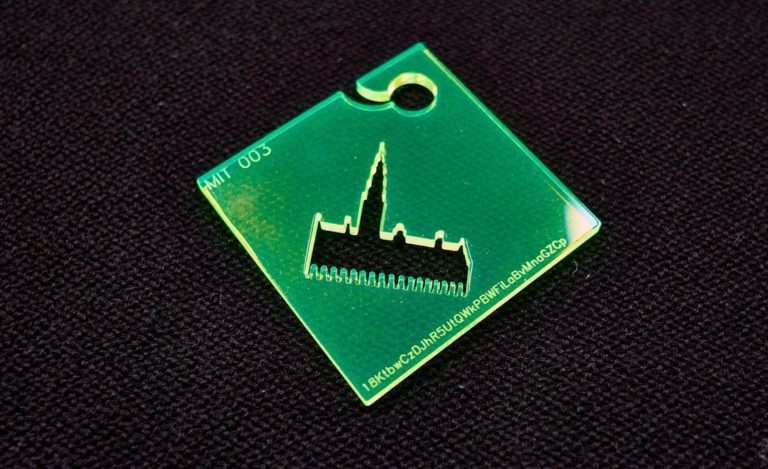 The number on the lower edge is the public bitcoin address, which is connected to an unique, publicly accessible, but immutable entry in the Bitcoin blockchain. Design: Azra Aksamija

The following text is paraphrased from a recent medium article on the subject:

The cryptographic heritage project, led by Dietmar Offenhuber, explores best practices how to use Bitcoin and blockchain technology to store evidence of cultural heritage under threat in ethnic and nationalistic conflicts.

To give an example — in nationalistic conflicts, cultural heritage such as libraries, religious buildings, or historic monuments are the first things targeted for destruction. This is because they bear testimony of a multicultural past, as Aksamija has demonstrated in her analysis of the Balkan wars of the 90s. These efforts included denial that a particular community has been living in an area before ethnic cleansing — to the extent that buildings are erased not only from the city, but also from old postcards and archival material. Needless to say, this also has implications for ownership of land and houses of the displaced.

UNESCO and other entities tried to address this by capturing immaterial cultural heritage through databases and websites. The problem is that these websites are just as vulnerable as the practices and buildings they are supposed to document.

Every transaction can hold a small amount of additional information, 80 bytes to be precise. Together with the cryptographic proof that the transaction has been authorized by a specific address at a specific time, this additional message constitutes evidence.

This can be taken advantage of in many ways: Residents could publicly declare “this is my house” and provide evidence that nobody can hide or delete after displacement and ethnic cleansing. They could also use the blockchain to prove that a particular document (e.g. a property title) existed in a specific form at a specific time, and to produce evidence whether this document has been manipulated in the meantime.

The process of encoding cultural information into monetary transactions may seem foreign, but has a clear equivalent in the world of physical money, for example when a contract is made official by the symbolic transaction of one dollar.

The idea of cryptographic heritage is at the moment tested in Azra Aksamija’s Memory Matrix project, which recreates destroyed heritage on MIT campus in a participatory project. Individual plexiglass jewelry, arranged as pixels to form the destroyed arch of Palmyra, are inscribed with the cultural memory of individual participants, and are also encoded with a message in the blockchain that only the original author has control over.The owner of a pixel can prove ownership of the jewelry through the associated private key, can use the key to sign and authenticate messages. Also the public can use the public key to encrypt messages that only the owner can decode. Victims of ethnic cleansing often keep the keys to the front door of their former home from which they were expelled as a memento. See the recent documentary project by photographer Bradley Secker. With cryptographic heritage, the key is no longer a symbolic item, it can store value, prove ownership, transmit messages, and leave a mark and testimony in the world.

Another key, another story of exile and loss. Aboud, 37, Homs, 2years 1mth,”The place I was going to put down roots” pic.twitter.com/6TDBEZCn2W — Bradley Secker (@bradleysecker) April 28, 2014 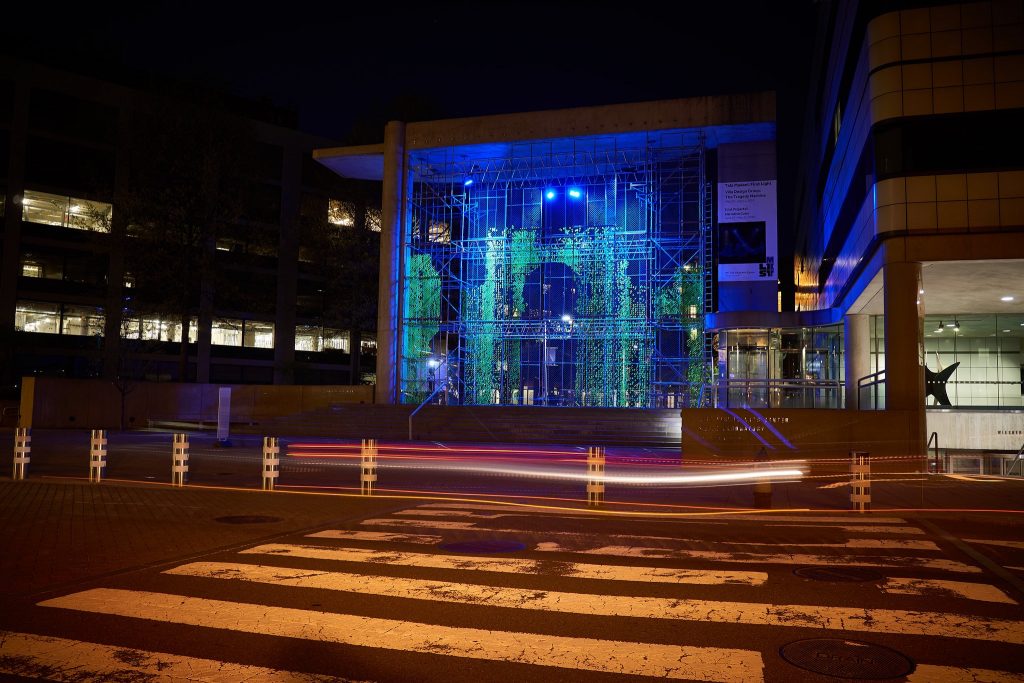 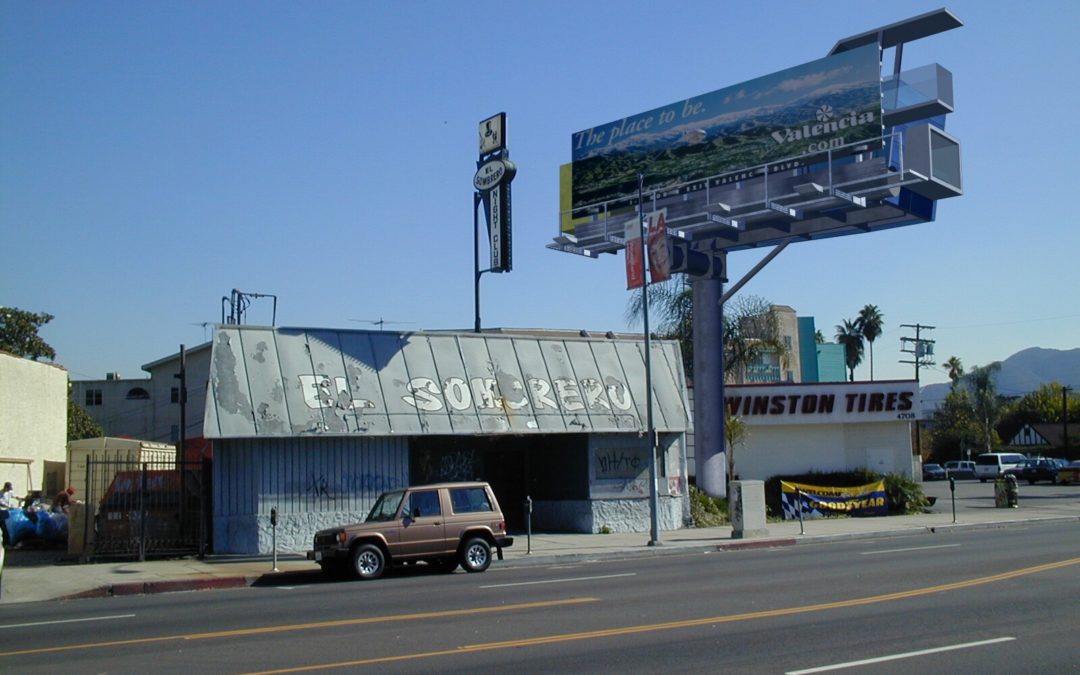 During my stay in Los Angeles in 2000, the impressive and sturdy billboard constructions caught my interest. I also liked the way how they interact with the built environment, how they seem to wrap themselves around small houses or reach out into the street scape. I wondered whether it would be possible to use these structures for holding small parasitic houses and made a series of sketches. The houses have the size of a very large trailer home, a balcony, billboard space for paying the bills, and offer an excellent view of Los Angeles traffic, the main attraction of the city.