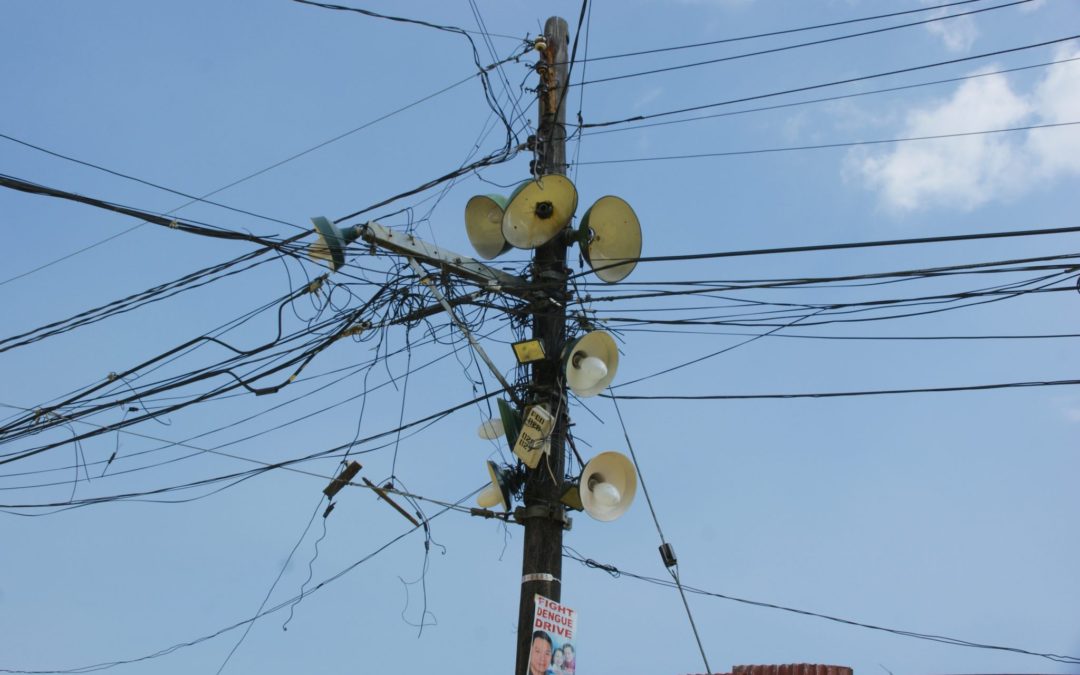 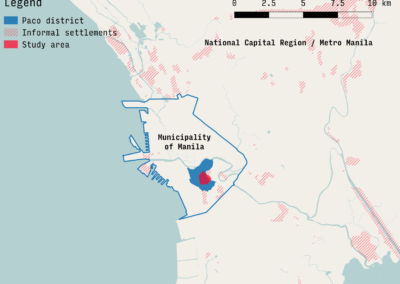 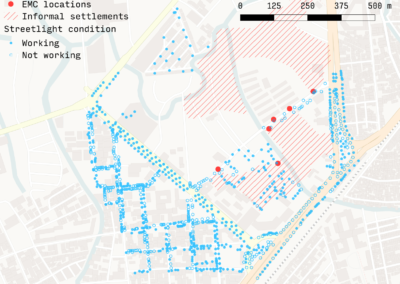 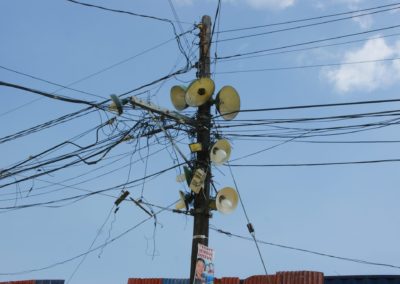 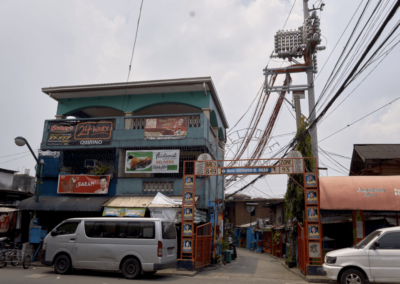 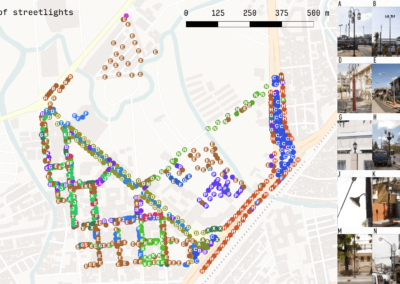 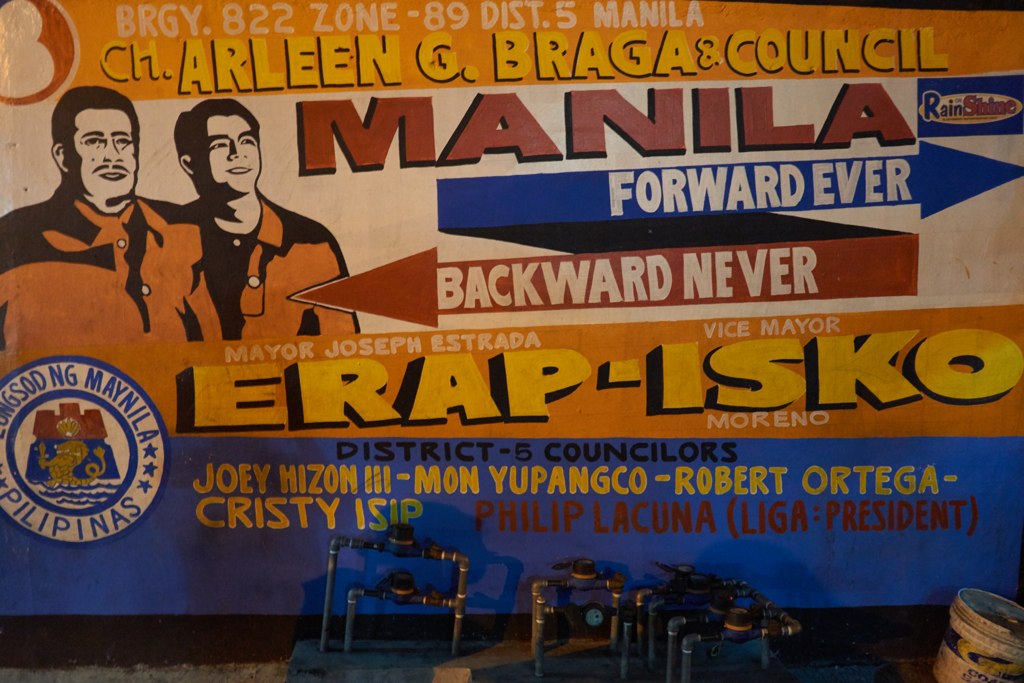 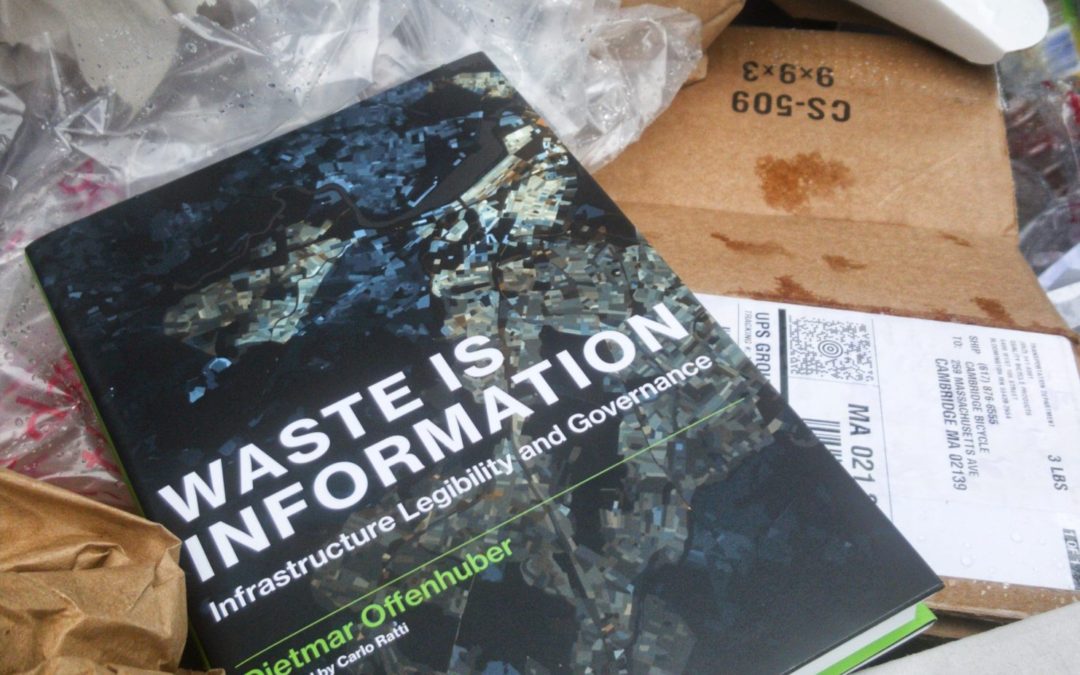 Waste is material information. Landfills are detailed records of everyday consumption and behavior; much of what we know about the distant past we know from discarded objects unearthed by archaeologists and interpreted by historians. And yet the systems and infrastructures that process our waste often remain opaque. In this book, I examines waste from the perspective of information, considering emerging practices and technologies for making waste systems legible and how the resulting datasets and visualizations shape infrastructure governance. He does so by looking at three waste tracking and participatory sensing projects in Seattle, São Paulo, and Boston.

I expand the notion of urban legibility—the idea that the city can be read like a text—to introduce the concept of infrastructure legibility. He argues that infrastructure governance is enacted through representations of the infrastructural system, and that these representations stem from the different stakeholders’ interests, which drive their efforts to make the system legible. The Trash Track project in Seattle used sensor technology to map discarded items through the waste and recycling systems; the Forager project looked at the informal organization processes of waste pickers working for Brazilian recycling cooperatives; and mobile systems designed by the city of Boston allowed residents to report such infrastructure failures as potholes and garbage spills. Through these case studies, I outlines an emerging paradigm of infrastructure governance based on a complex negotiation among users, technology, and the city. 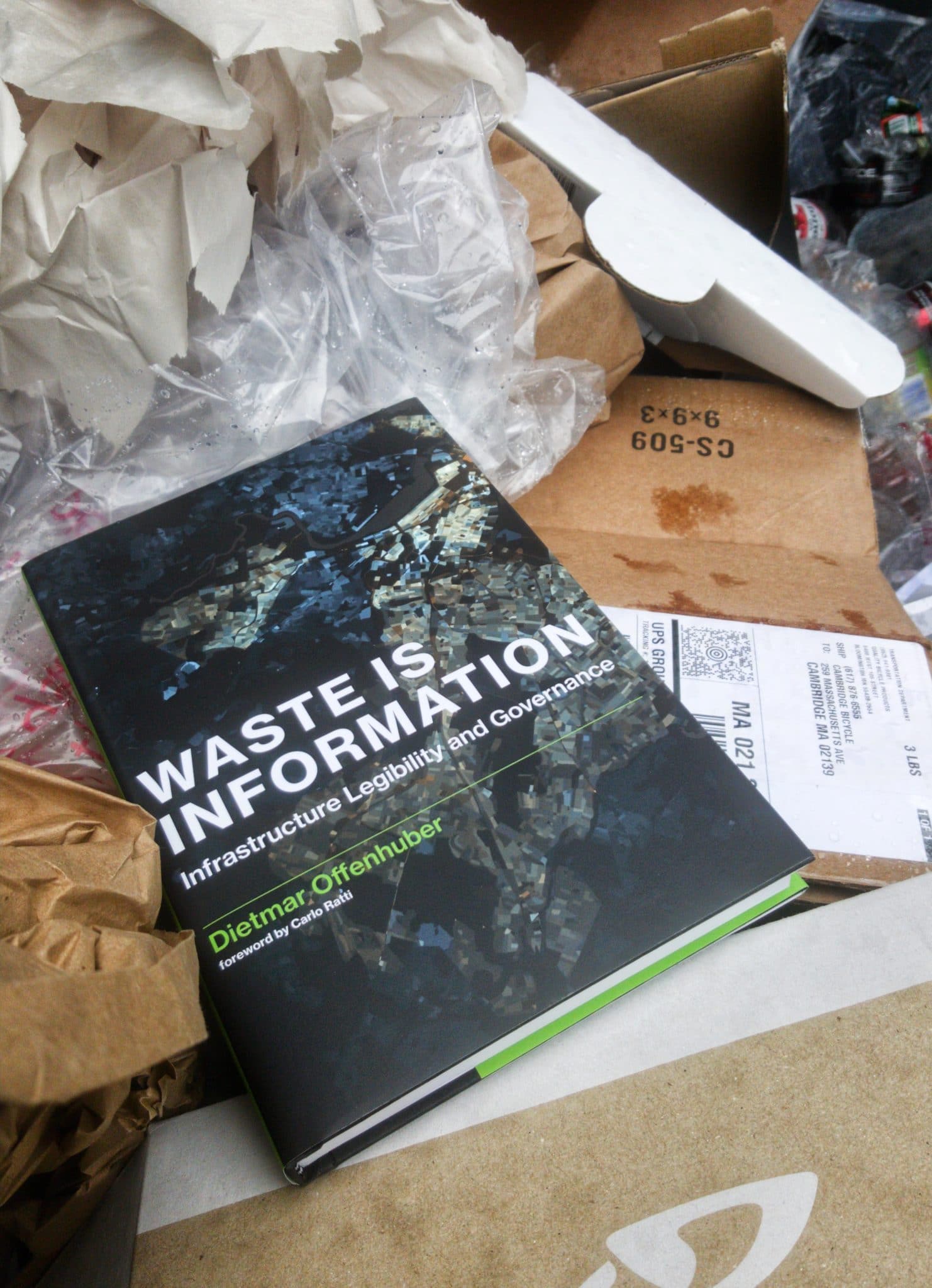 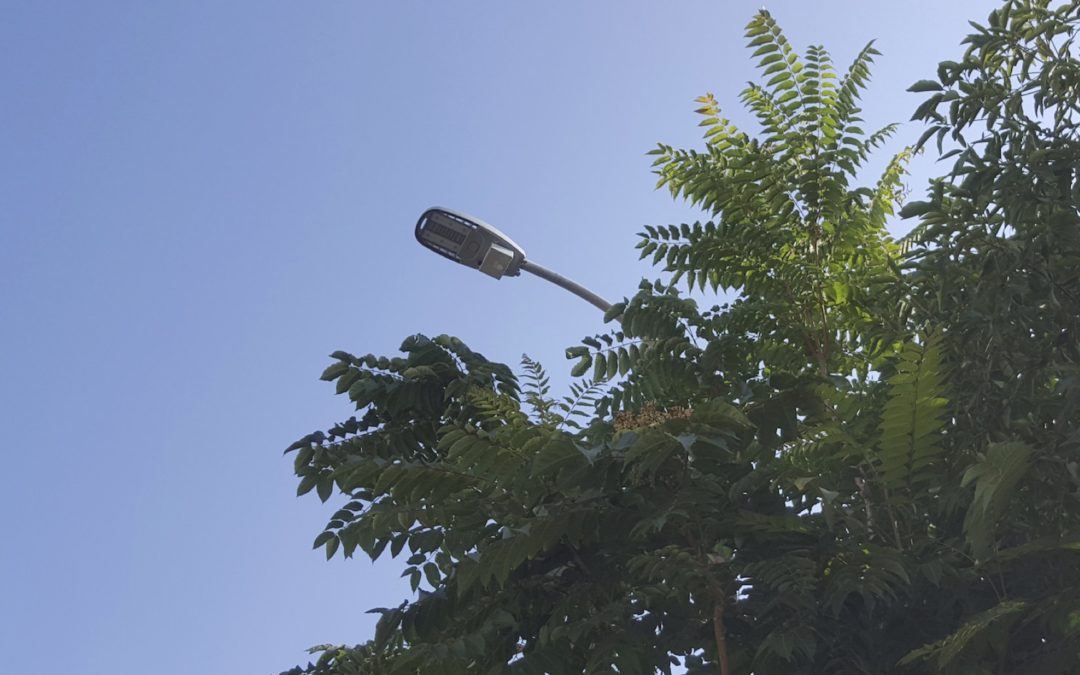 The urban soundscape is the result of complex interactions between activity and the built environment. It is multifaceted, changes constantly across space and time. The auditory space has a distinct shape and spatial structure. The soundscape is invisible, yet it has a profound impact on how we make sense of our environment.

Ambient noise is an almost universally accepted concern for public health. Among the scientific community as well as the general public there is a broad consensus that noise can be both annoying and unhealthy. Epidemiological studies have shown that populations exposed to night-time aircrafts and road traffic noise tend to suffer from elevated blood pressure. Beyond these general effects, parts of the population, including children and the elderly are especially sensitive to environmental noise. Frequency also matters. Many people are more sensitive to low frequencies, which are emitted by ventilation systems, vehicles, and electric machinery. However, low frequencies are generally underestimated in conventional noise measurements, which are the basis of most noise ordnances.

To enable a differentiated understanding of urban auditory phenomena requires a large number of simultaneous measurements, extended over time. Until now, such fine-grained measurements of ambient noise were not available. Point measurements conducted by cities and agencies are too sparse to allow an investigation of how the built environment and human activity influence the soundscape, and which policies, urban design measures are effective in addressing noise pollution. Attempts to address the lack of data through crowd-sourced measurements conducted by citizens using their smartphones are hampered by unsystematic data collection and inaccurate measurements.

Link to the project: http://noisearray.org 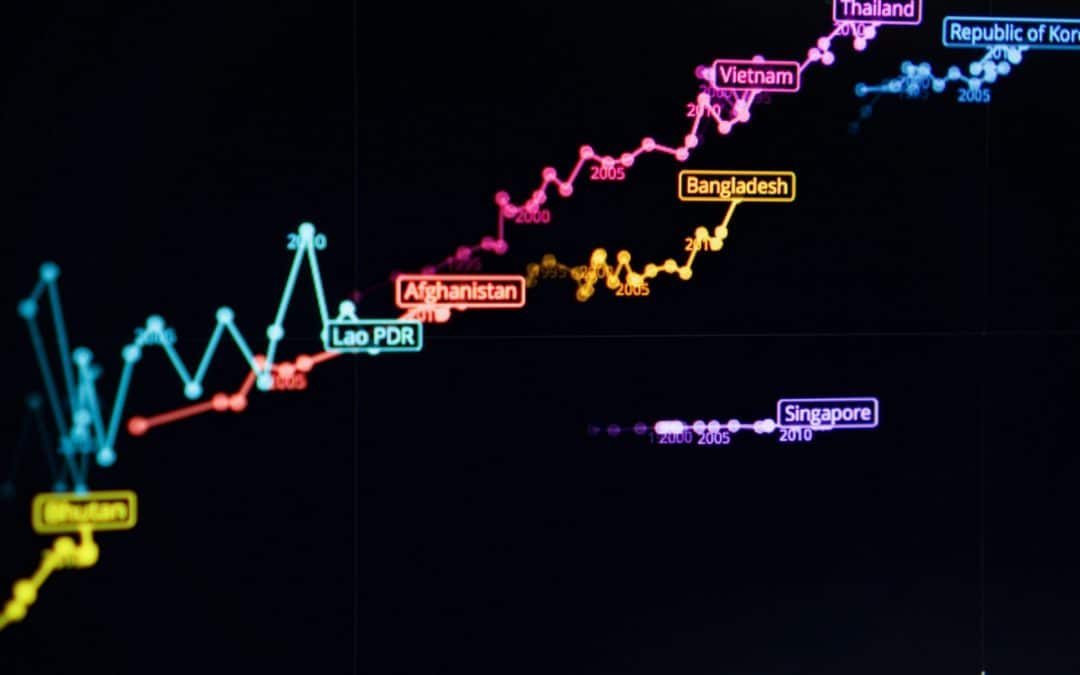 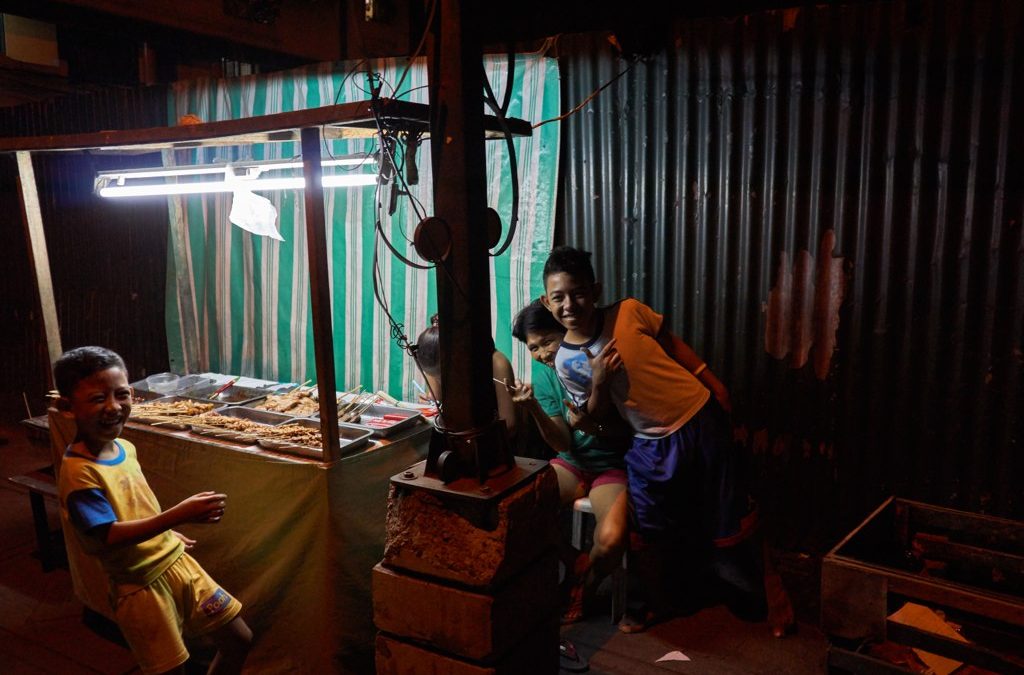 The project investigates and documents the social and creative practices around the electricity grid and the street lighting system of Manila, Philippines.

Manila Improstructure is part of instance of the sensing sense series, investigating the pockets of informality inside the formal urban infrastructures that structure our daily lives. Not only in the megacities of the global south, characterized by a constant struggle with infrastructure. The electricity grid, logistics and supply chains, telecommunication networks — every system that is centrally planned and managed from above always requires some level of improvisation and tinkering from below in order to make the system work. These creative appropriations are, however, never part of the official representations of infrastructure; they are marginalized and difficult to observe. There is a misbalance between what we know about formal structures and what we can only infer about its informal practices. Infrastructure governance is a process of call-and-response, in which the physical aspects of infrastructure become medium.

In a panel session at Ars Electronica 2015, we brought together experts who deal with questions of infrastructure and its role in everyday life.