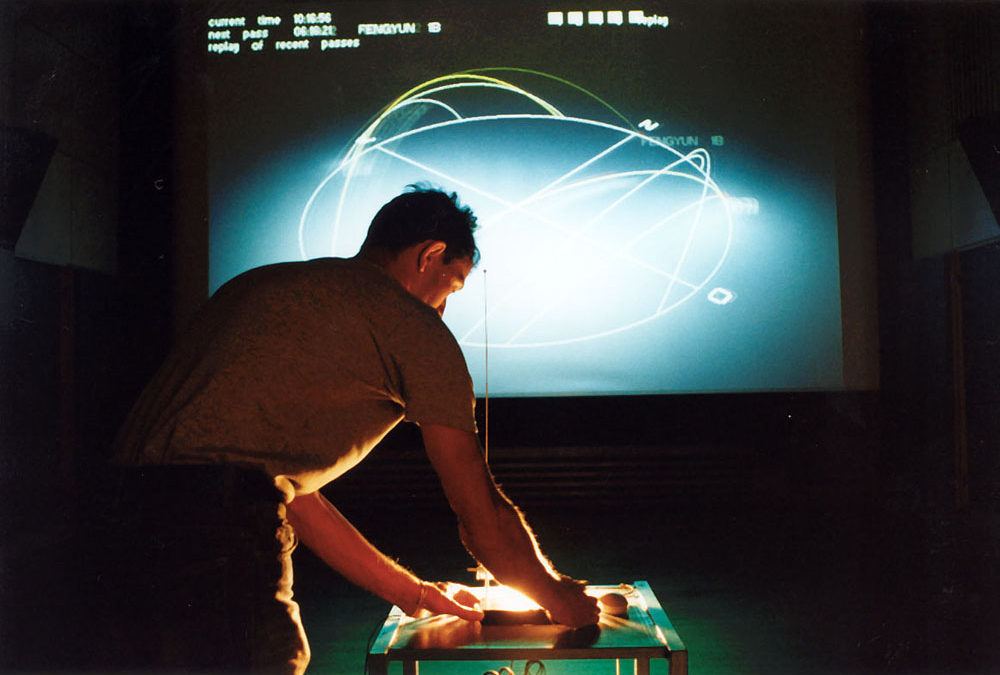 In collaboration with Maex Decker

Trajectory was a sound installation commissioned by the austrian new media festival “liquid music” which took place in August 2002 in Judenburg, Styria.
the installation uses the realtime position of polar orbiting and geostationary satellites to control shortwave radio receivers, creating a sound environment that reflects the actual movement in the sky over judenburg. In the projection the satellites currently passing the visible sky are displayed, showing their influence contributing to the sound environment. by marking certain satellites the visitor could take influence on the soundscape. 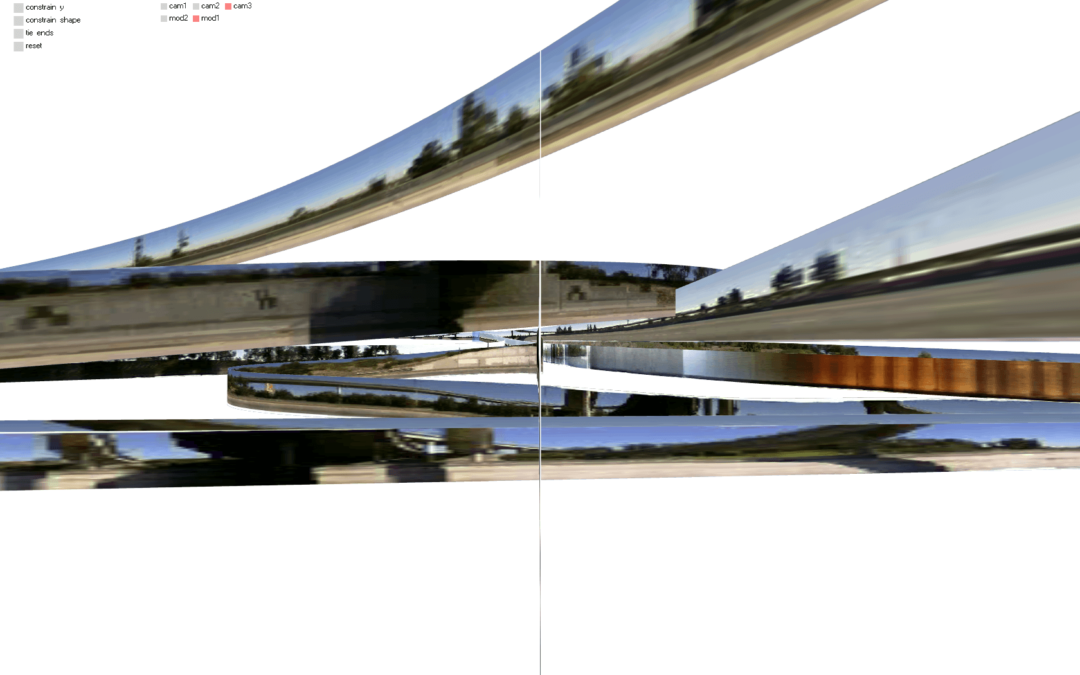 from the introduction of Vectors Online Journal

Link to the original Version of the Project