I was commissioned to analyze and visualize the semantic space of these responses. By identifying recurring topics and common associations in the text corpus of the material, I was able to generate a semantic network of the european thoughtscape.

The result showed that everyone seems to agree upon the strengths and chances of the European Union, but there are many different perceptions about the EU‘s weaknesses and risks. 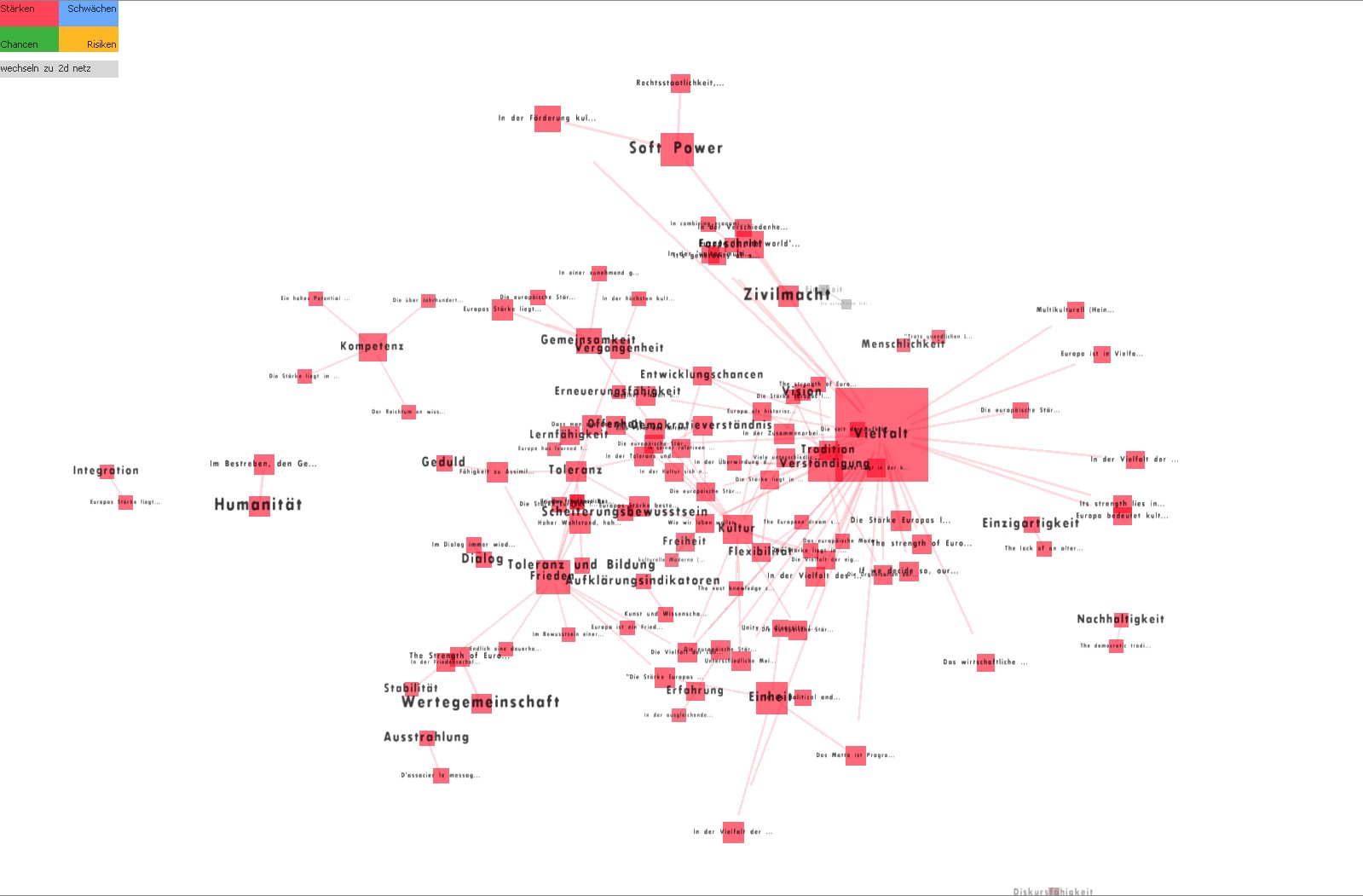 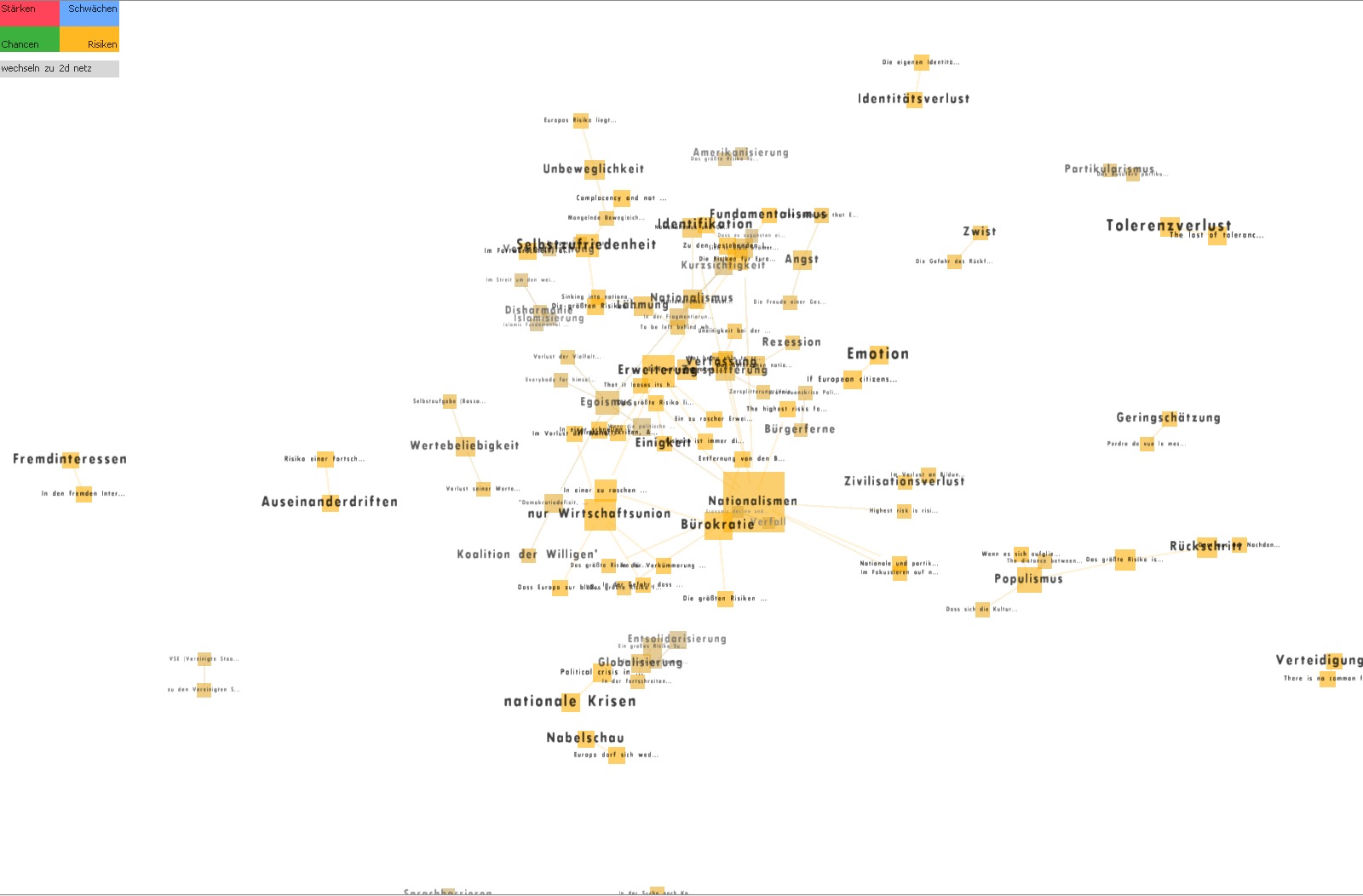 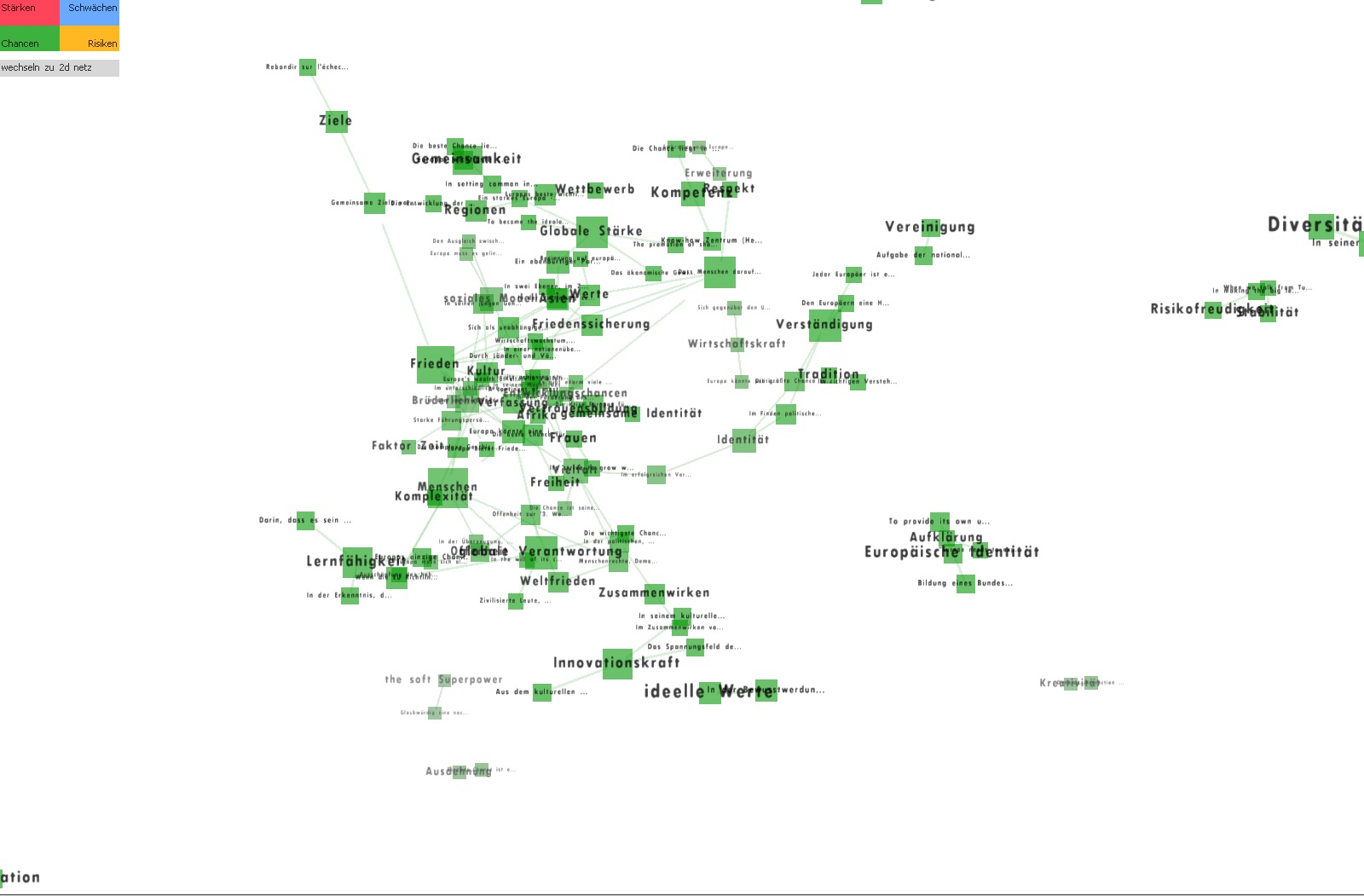 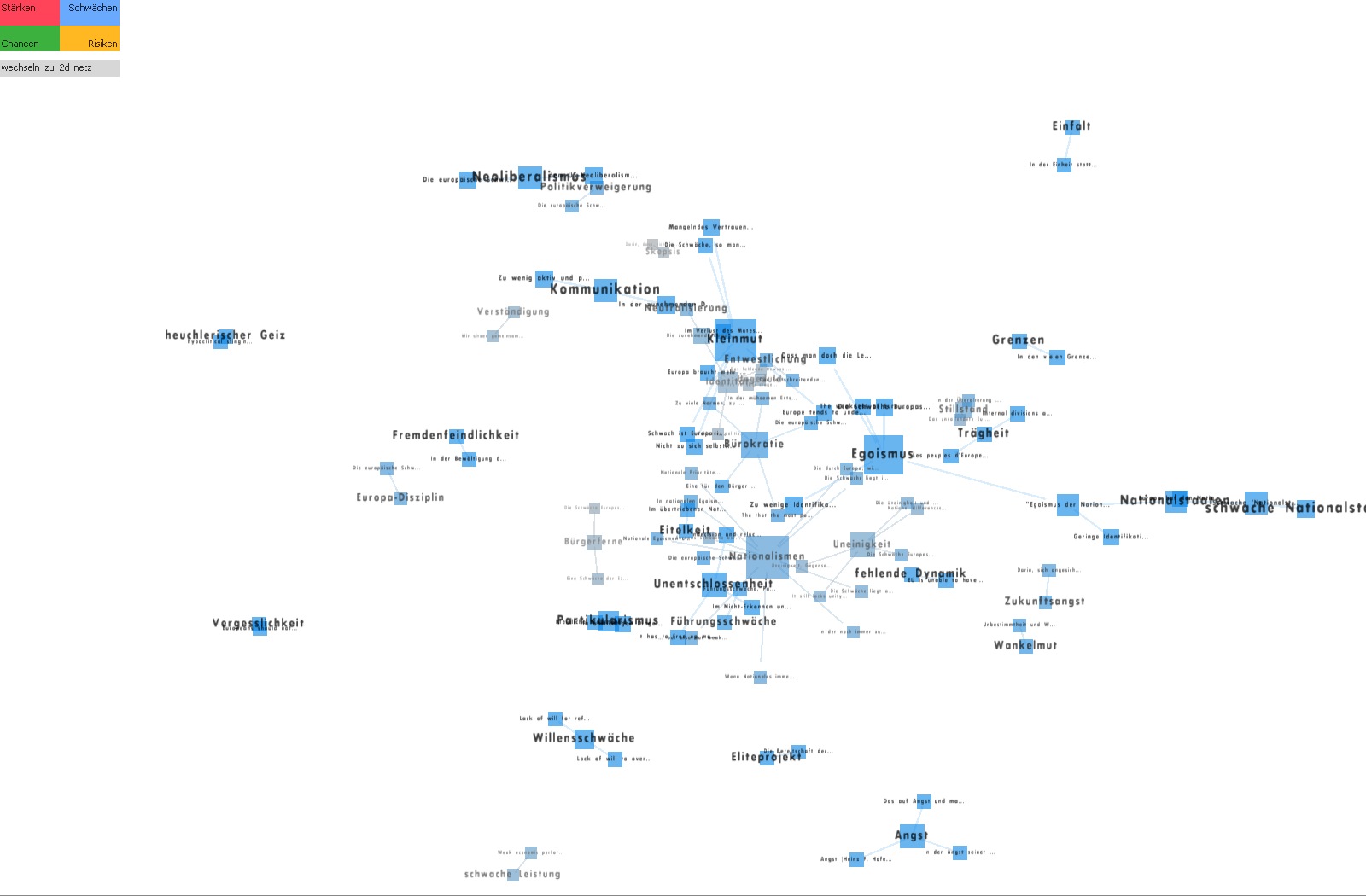 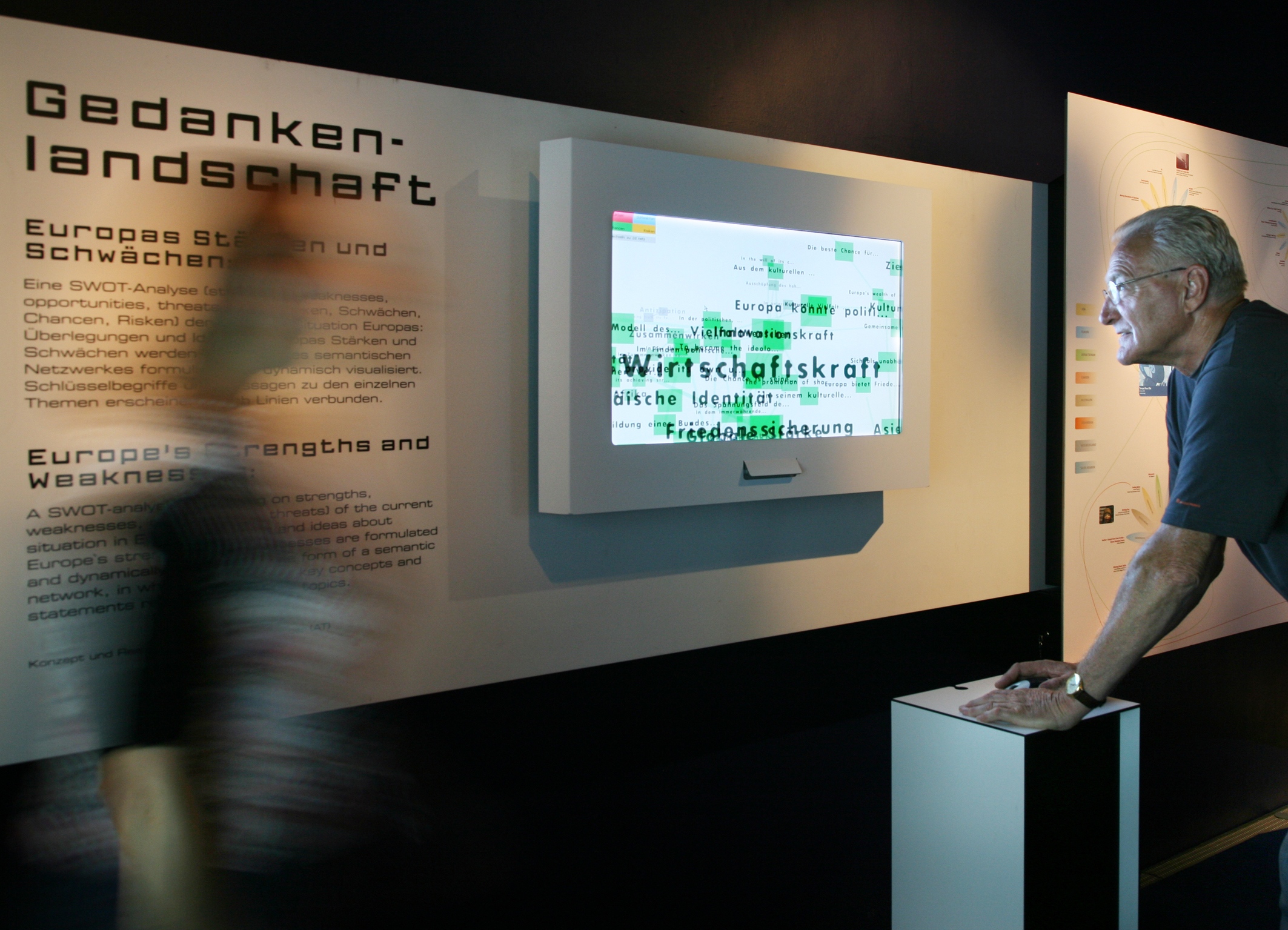