A workshop together with Pablo Rey from Basurama in the Guggenheim Lab Berlin investigating the hidden processes and stories that are embedded in consumer products. We all know how our waste looks like, but often overlook that a large part of the waste we generate is invisible.

Lets say we buy an apple – sometimes wrapped in paper, sometimes not. But this paper is not the only waste generated in this transaction: we also have to count in the bag in which we carry it home, the paper towel that we use to dry it after washing; the crate that was used to store and transport it. In the workshop we will research and visualize this invisible dimension of everyday objects. Or consider a soda can: what is more valuable in terms of material – the content or the packaging? The packaging is recyclable, but what percentage of it is actually recycled? Are there alternative materials that would work better?

We try to answer these kinds of questions by dismantling and analyzing individual pieces of trash with the help of scales, barcode readers, open source databases and waste management data.

In doing so, we came up with a weight based Product-to-Waste-Index, that gives you the ratio of package material in comparison to the bought product content in a range from 0-1:

you can find the data that we generated here. A collection of links to data sources regarding waste composition, value, footprint and removal practices can be found here.

The outcome was physical visualization (containing video, data visualization or photos), where the “dissected” trash objects are arranged on a table surface, the statistics and findings are projected as graphics on top of the table augmenting these objects with additional information. 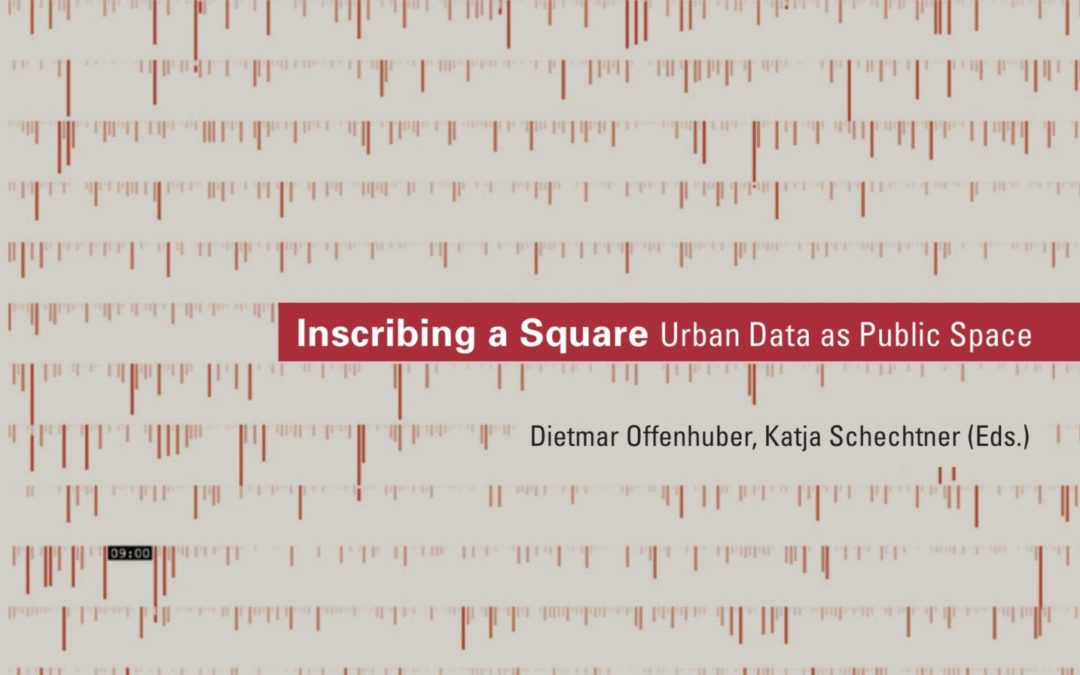 In his 1965 movie “Alphaville,” Jean-Luc Godard takes us to a city, regulated and controlled by the omniscient computer “Alpha 60” based on principles of logic and reason. Allegedly, Godard originally intended to name his movie Tarzan versus IBM (Darke, 2005). As of 2012, this working title seems more pertinent than ever. The past year was marked by two big themes for cities and technology: first, the ubiquitous arrival of “smart city” solutions, peddled by companies such as IBM and CISCO to municipal governments in order to upgrade and optimize their urban infrastructure through information technology. Second, the success of civic protests and disobedience, coordinated bottom-up through social media—the “Arab Spring,” Wikileaks, the Spanish May 15 or the American Occupy movements, just to name a few.

This is a book about how information shapes the city: its sensory experience, its infrastructures and its places. We are interested in the ways different groups use urban information to make sense of public spaces and change them.

In this sense, two perspectives are of special interest: 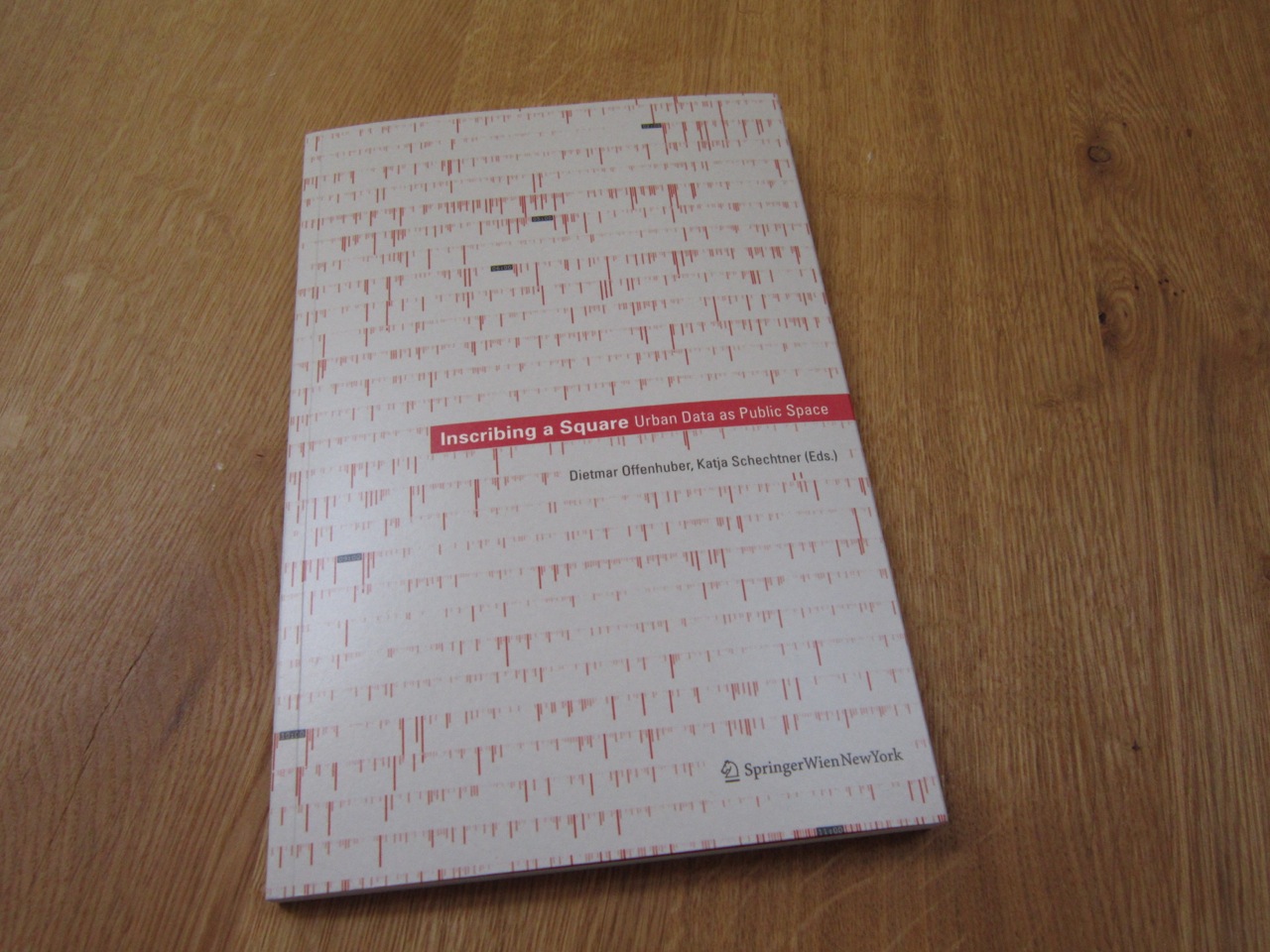 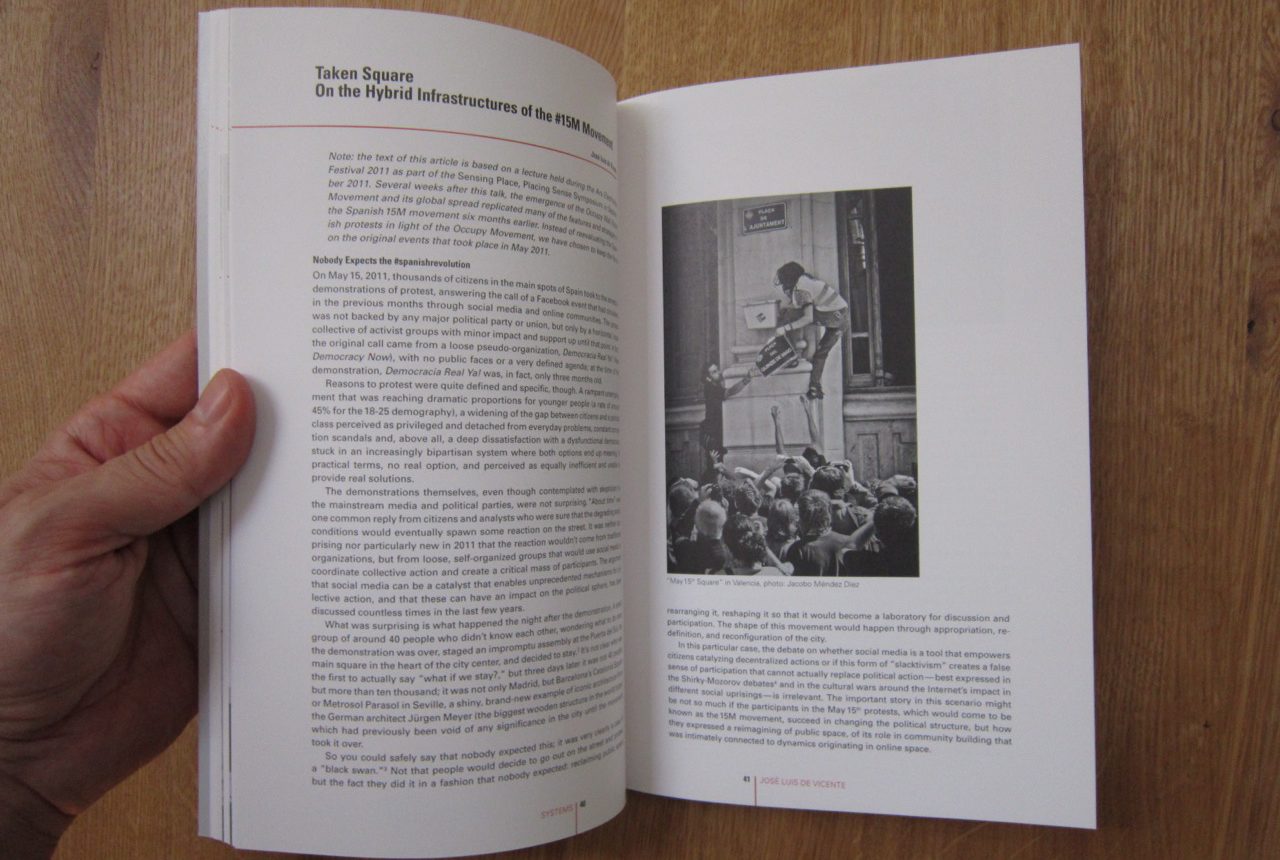 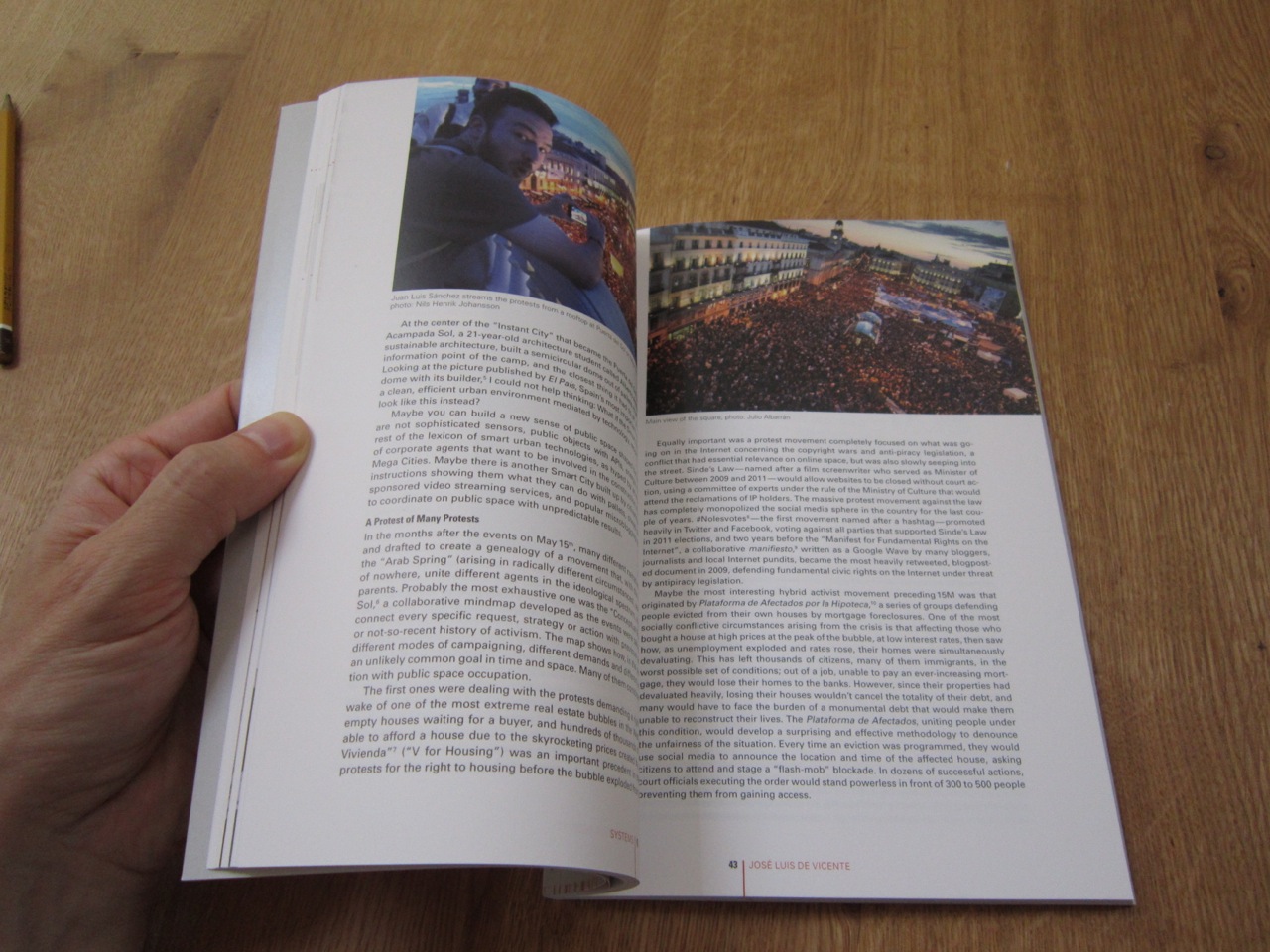 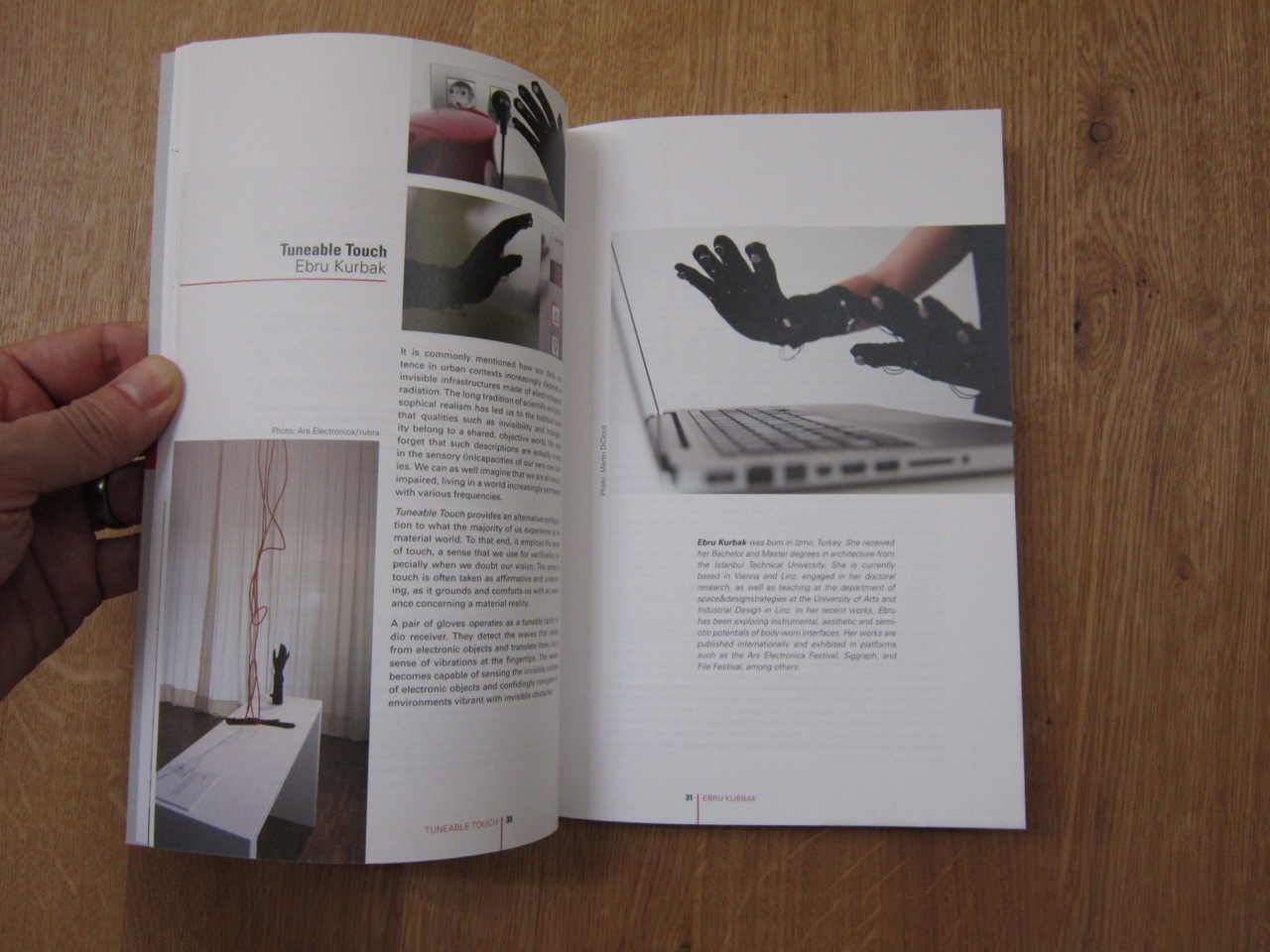 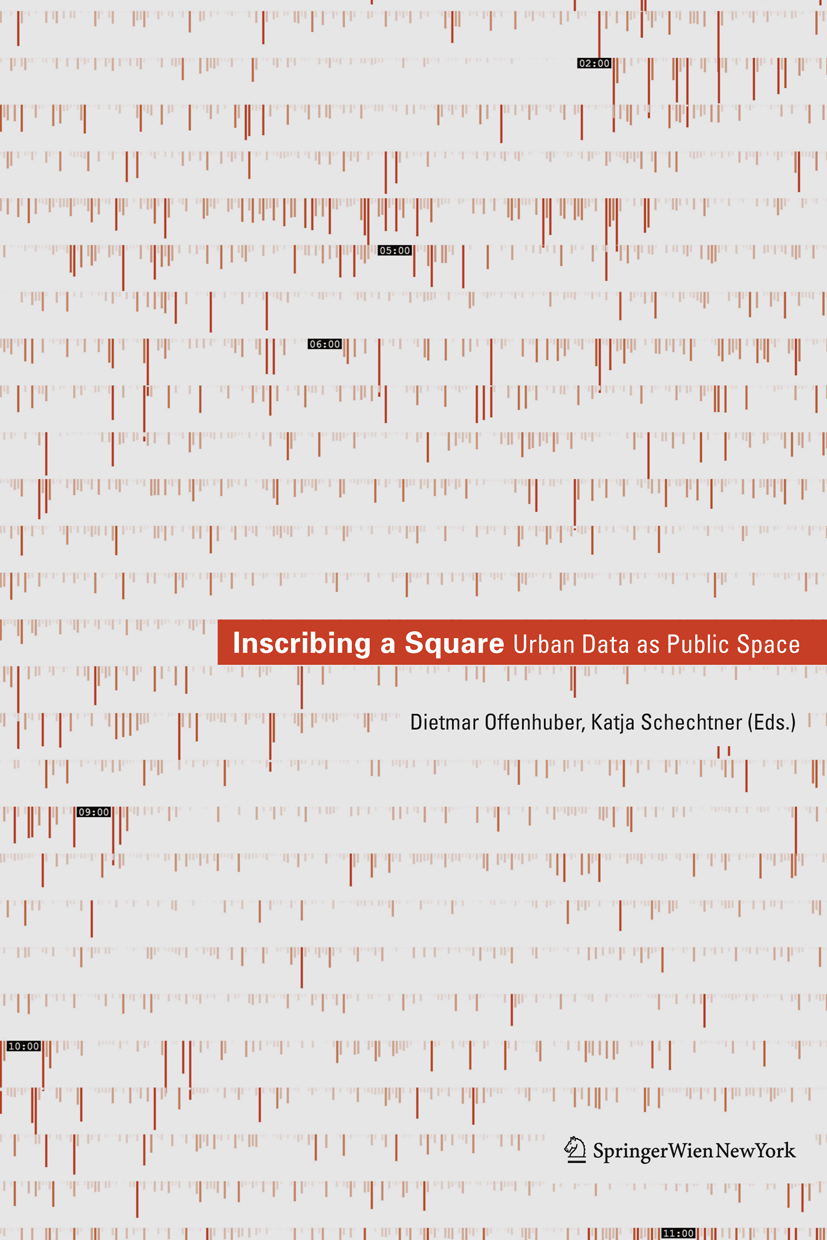 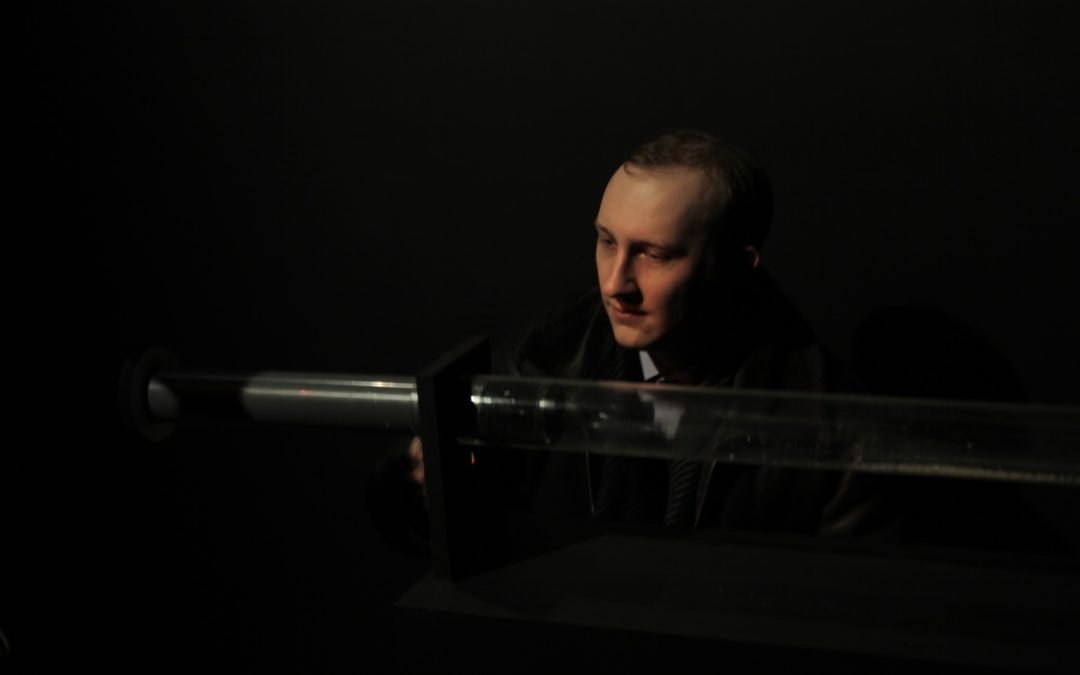 Our interest in exploring dust as an aesthetic and interactive medium aligned perfectly with the new exhibition “DUST” (12.4.12 – 15.7.12) in Laboratoria art & science space in Moscow, curated by Daria Parkhomenko and Simon Mraz. We (Markus Decker, Orkan Telhan and me) contributed the project “dust serenade”, a musical instrument visualizing its sounds through dust particles moved by the sound waves, and based on a 19th century physics experiment by August Kundt. Images from the installation below. 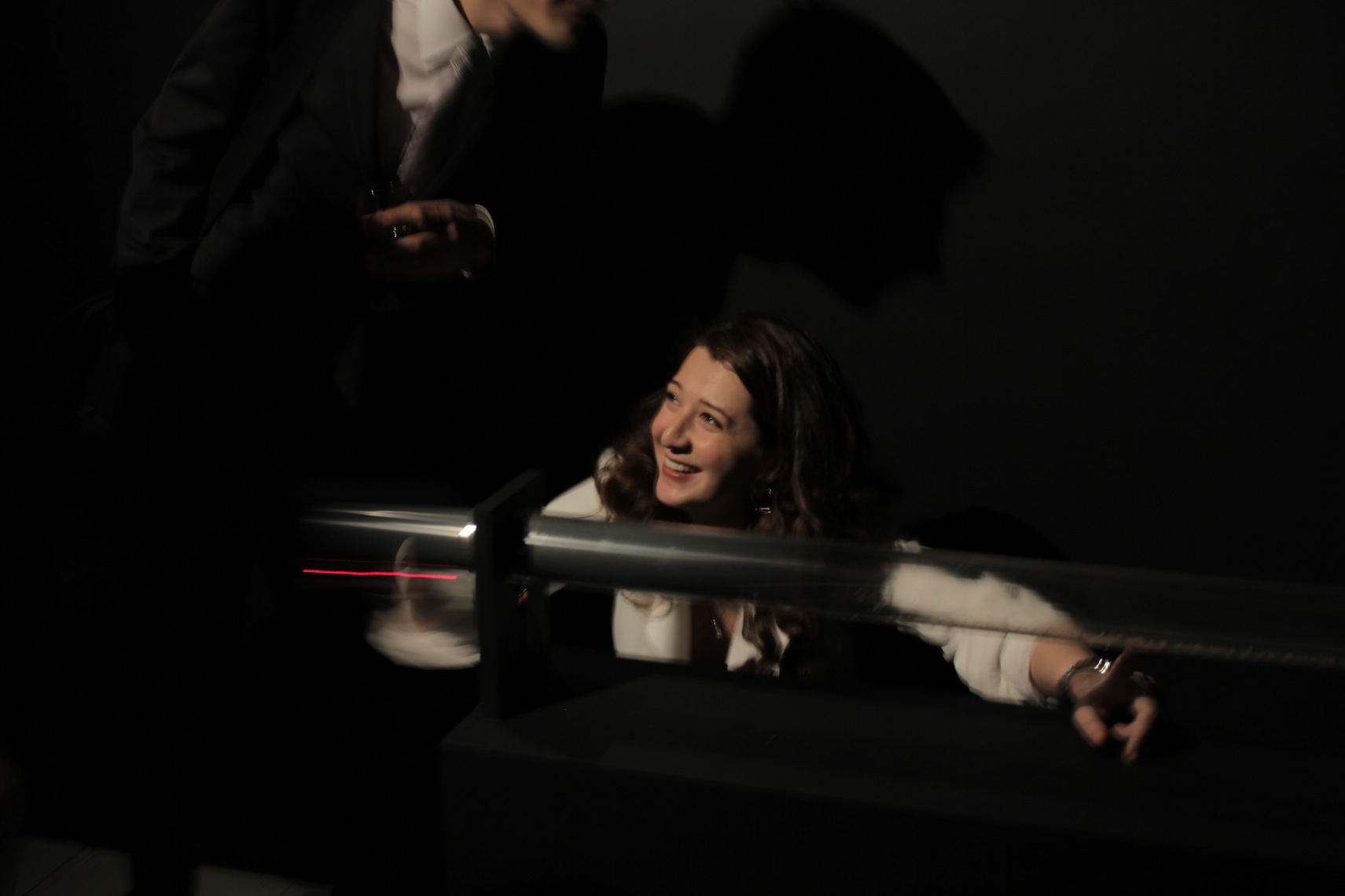 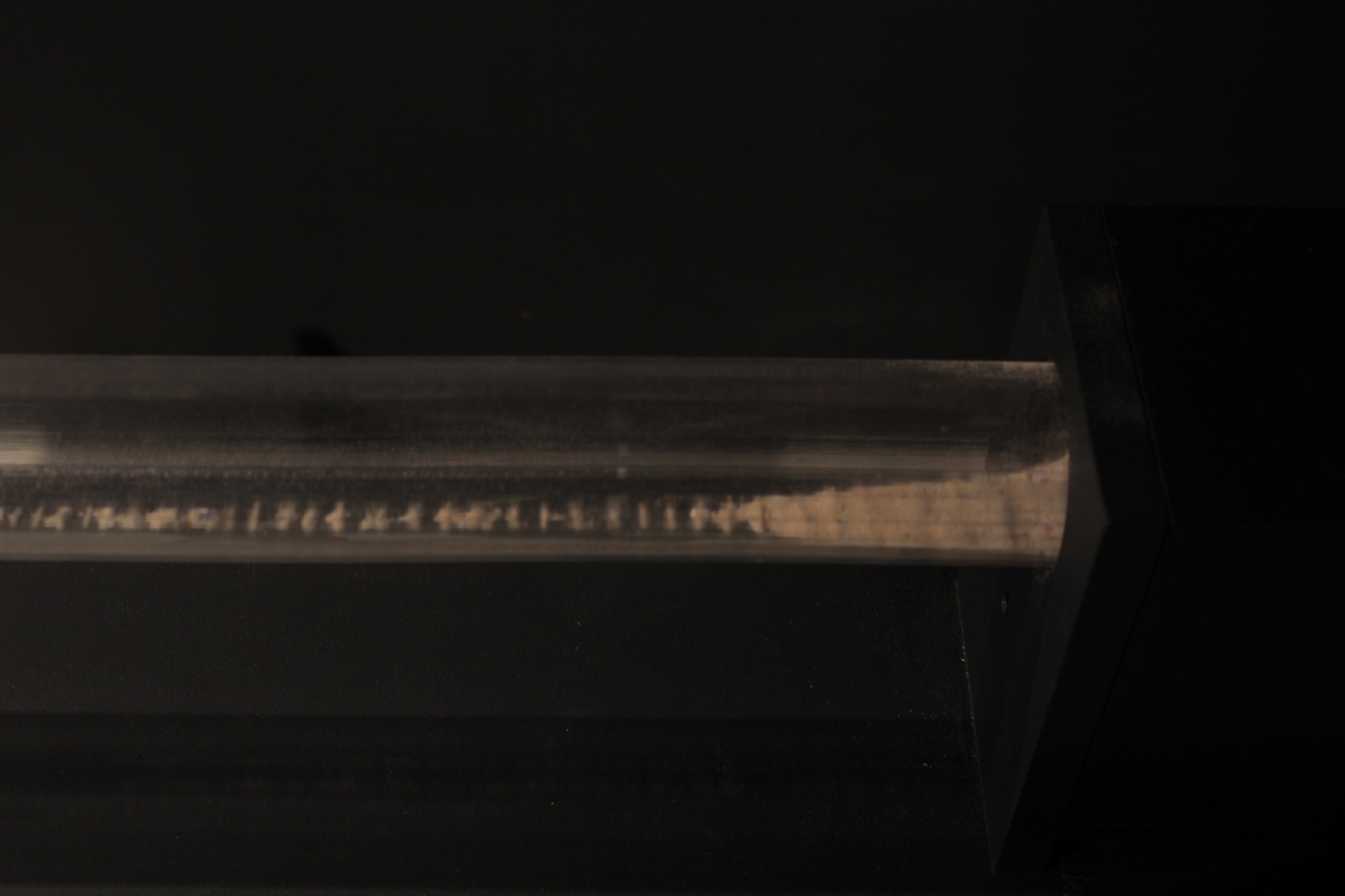 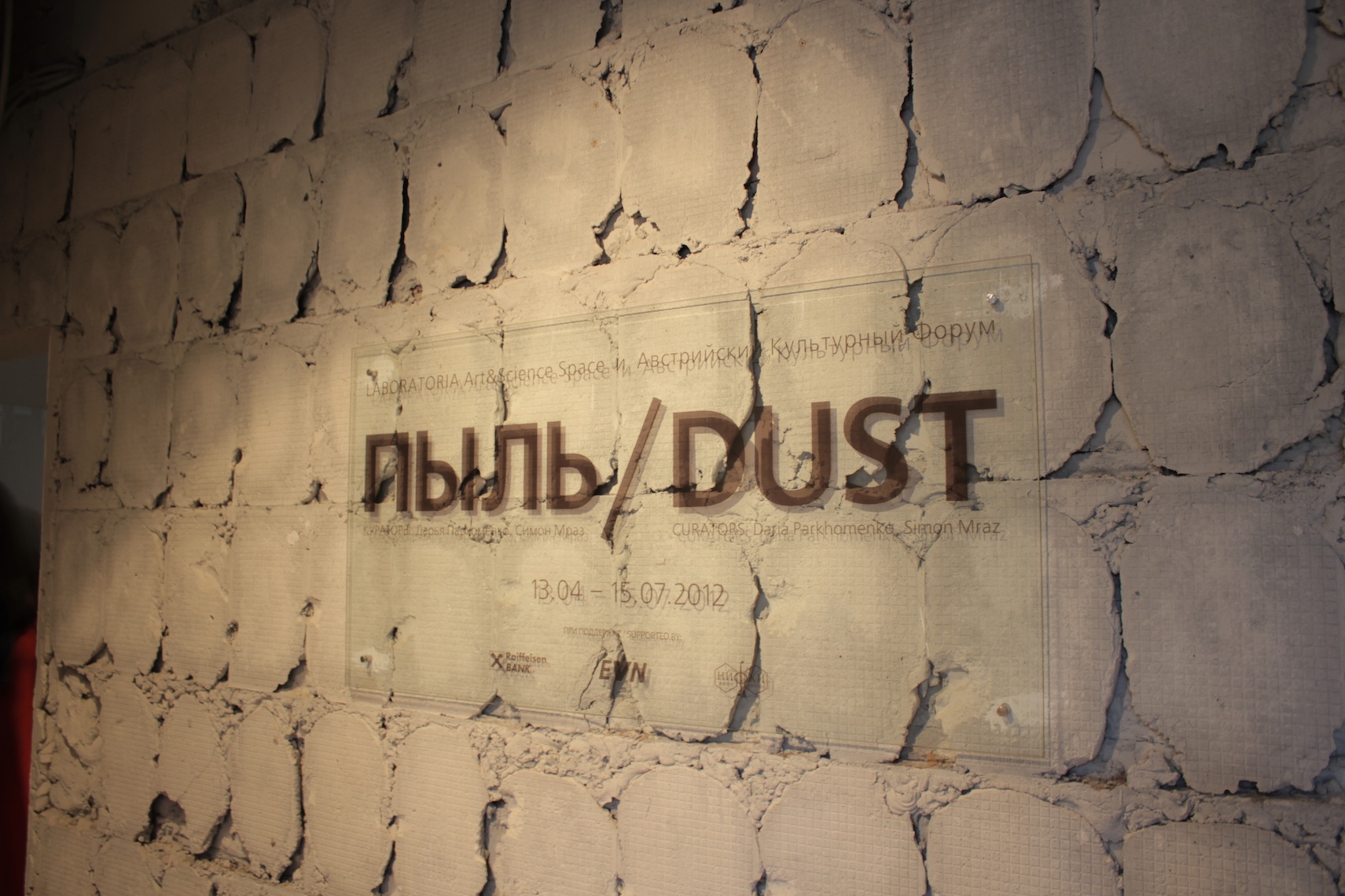 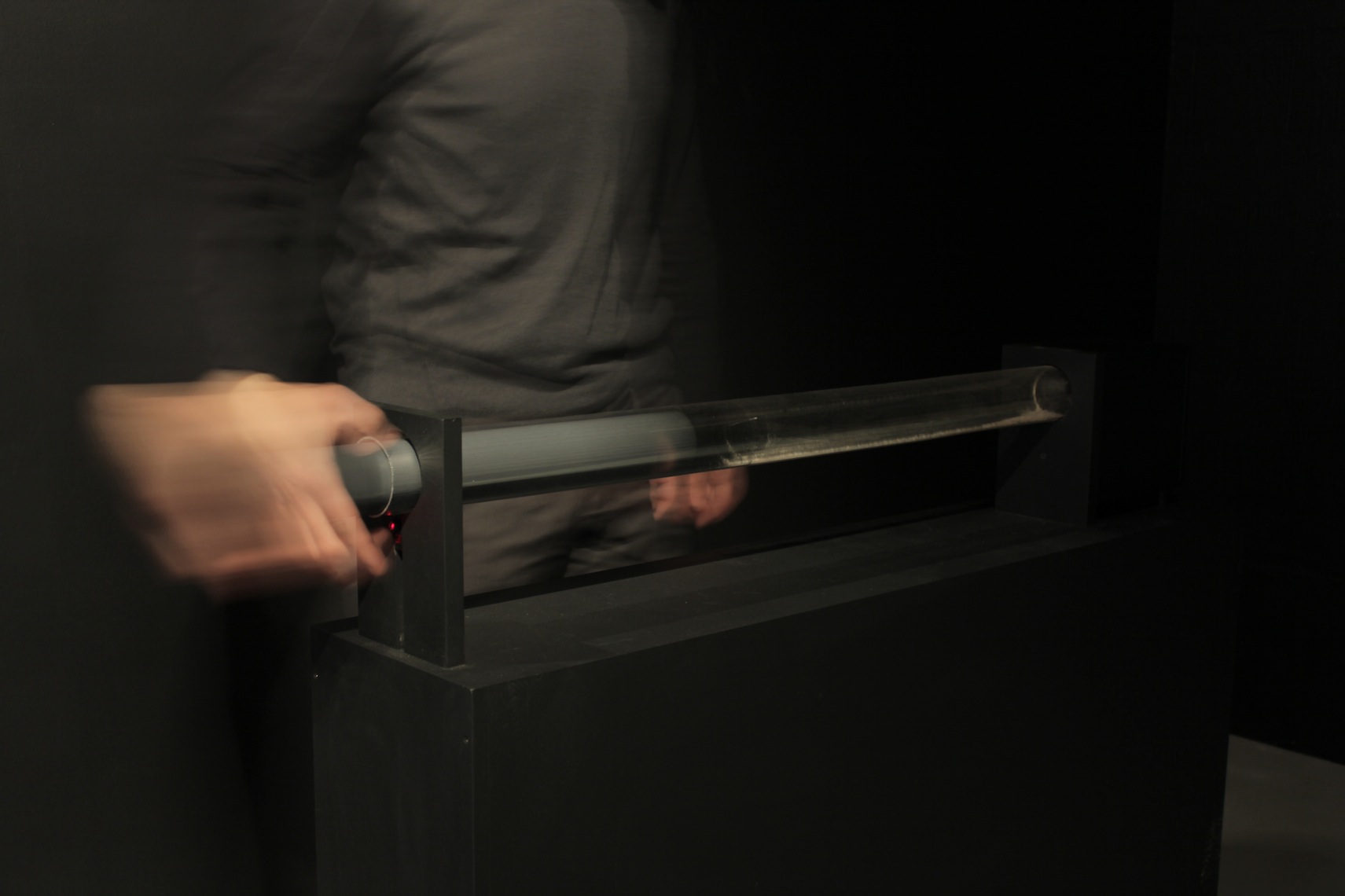 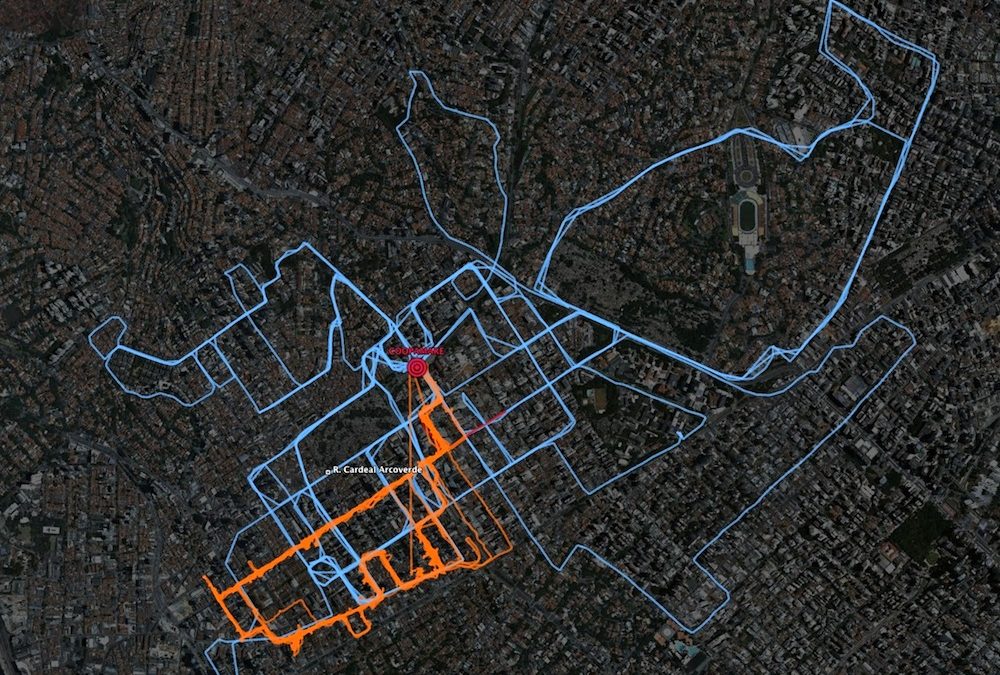 The Forage Tracking project is mapping the tacit knowledge and spatial organization of informal recyclers in downtown Saõ Paulo.

We used location-detecting hardware and software to investigate how the Catadores, informal recyclers, find and collect material in the city. We are also developing participatory platforms that will help them to organize their activities and connect the cooperative to the citizens.

In our work with the recycling cooperative COOPAMARE, we try to increase visibility and understanding of the service they provide to the city. 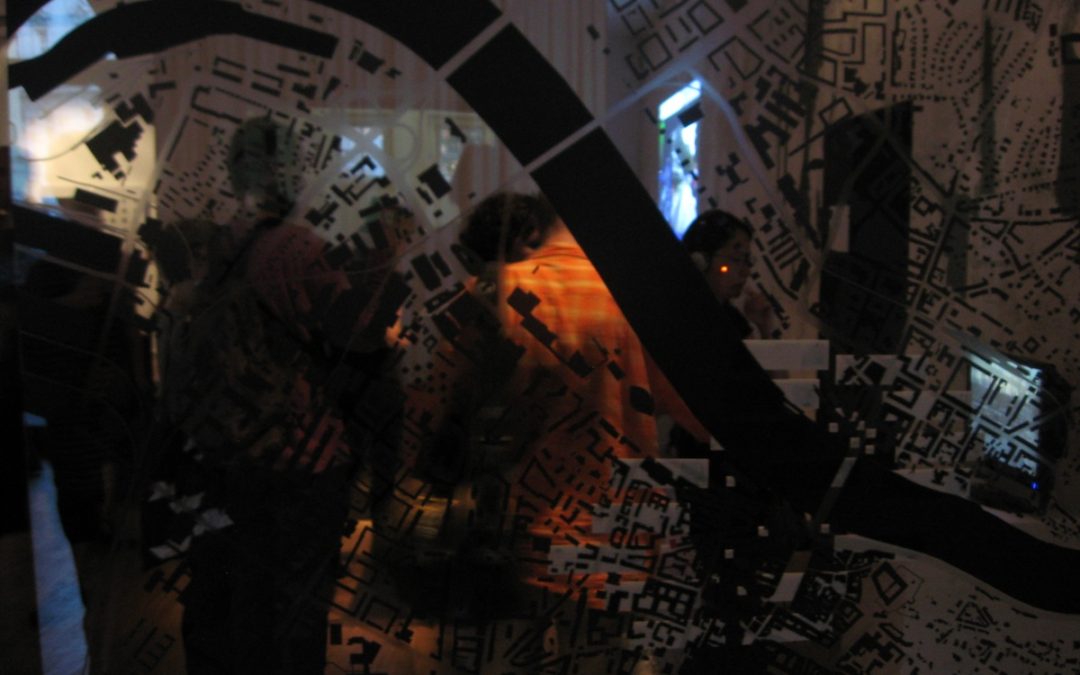 A new stadtmusik work, tying together a lot of what we were working on in the past couple of years.

The physical configuration of the built environment generates a wide spectrum of acoustic effects. Even while they usually remain unnoticed, these acoustic phenomena actively support our orientation in the city and provide a sense of place.
For the exhibition, we have assembled an inventory of urban auditory situations illustrating some of these effects in the vicinity of the architecture forum. We provide a visitor of these places with instructions that facilitate awareness of these effects and decode the underlying interaction between the physical environment and the soundscape. By contrasting these situations with videos of similar situations in other cities around the world, we show shared principles and seek answers to questions such as: why do some urban spaces seem to attract or repel us? What information is being offered to our senses, what information gets lost?
We want to initiate a conversation about the soundscape as a shared, collectively owned resource, its synesthetic interactions and atmospheric elements. Stadtmusik scrutinizes the role of public space as a space of performance that provides a frame through its structures and inter-dependencies.