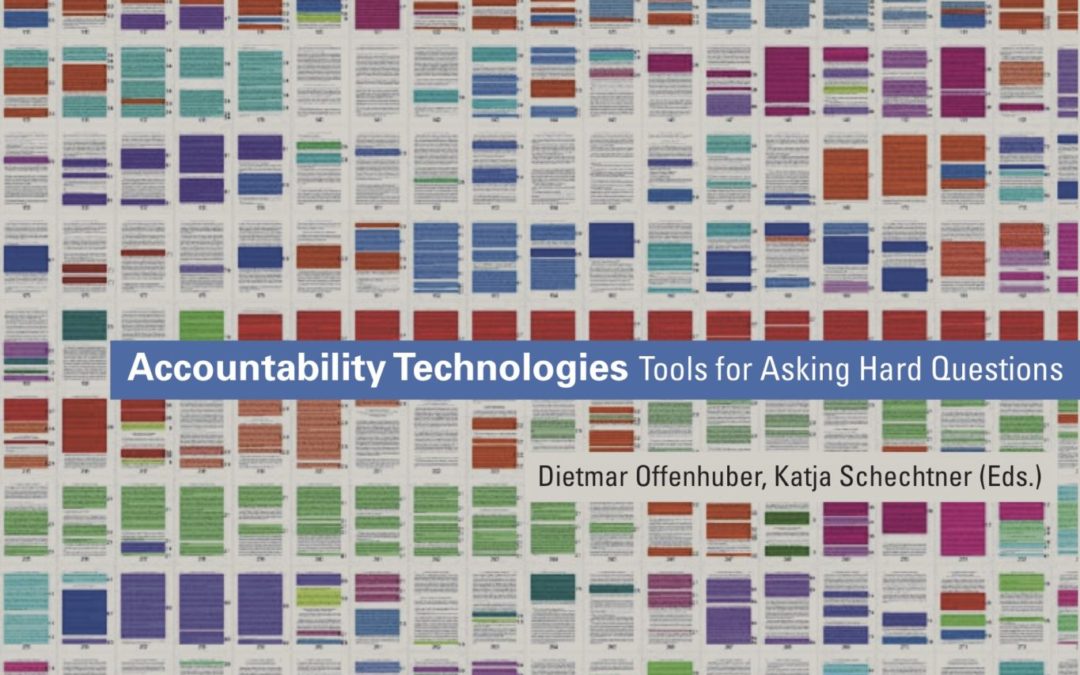 The basic need of civil society to live in responsibly planned and managed cities, to be involved in the planning process, or to at least be informed about it, has become a renewed focal point of debate in the past years. While the incipient criticism of the institutionalized and oft-unquestioned decision- making chain of urban planning was accompanied by a basic struggle for more say and participation in the 1970s, the varieties of participation, the technical possibilities of knowledge transfer and the understanding of transparency—keyword Open Data—have fundamentally changed in today’s information society. Much suggests that the classic distribution of roles between public and “individual” responsibility and the interface between citizens, activists and government have to be re-negotiated under new conditions. With the help of visualization, analysis and measurement tools subsumed under the term Accountability Technologies, as well as socio-cultural practices, extensive data on noise, environmental pollution, mobility and corruption, for instance, can be compiled and represented. This book exemplarily shows which socio-political areas of action are opened up by Accountability Technologies, but also which critical aspects are tied in with them. Such as, for example, the seemingly simple insight that the enormous convolutes of availably-made data are neither neutral, nor do they imply a better understanding of complex processes “per se.” The subtitle of this book indicates the direction: Accountability Technologies are to be understood as Tools for Asking Hard Questions, not as keys to ultimate answers.

“Like the volume Inscribing a Square: Urban Data as Public Space (Springer Verlag, 2012), edited by Katja Schechtner and Dietmar Offenhuber as well, this publication also rests upon the precondition that architecture and urbanism go far beyond the physical space and the singularity of built structure. The basis for this book is provided by the second edition of the symposium Sensing Place/Placing Sense, again carried out with exceptional cooperation between the AIT Austrian Institute of Technology, the Ars Electronica and the afo architekturforum oberösterreich within the scope of the Ars Electronica Festival 2012. Thanks to these initiatives at the interface of several disciplines, the increasingly dense interweaving of urban data and their physical context has been continued in such an exciting way under the aspect of Accountability Technologies. I would like to thank all those involved, especially the two editors, for their competence and commitment in realizing this book. What began as a one-off publication now reveals itself—also in its graphic appearance—as a mutually related, mutually stimulating twosome.” Gabriele Kaiser, architekturforum oberösterreich

cover visualization: crowd-investigation of plagiarism in the doctoral dissertation of a former German defense Minister – by GutenPlag/User8 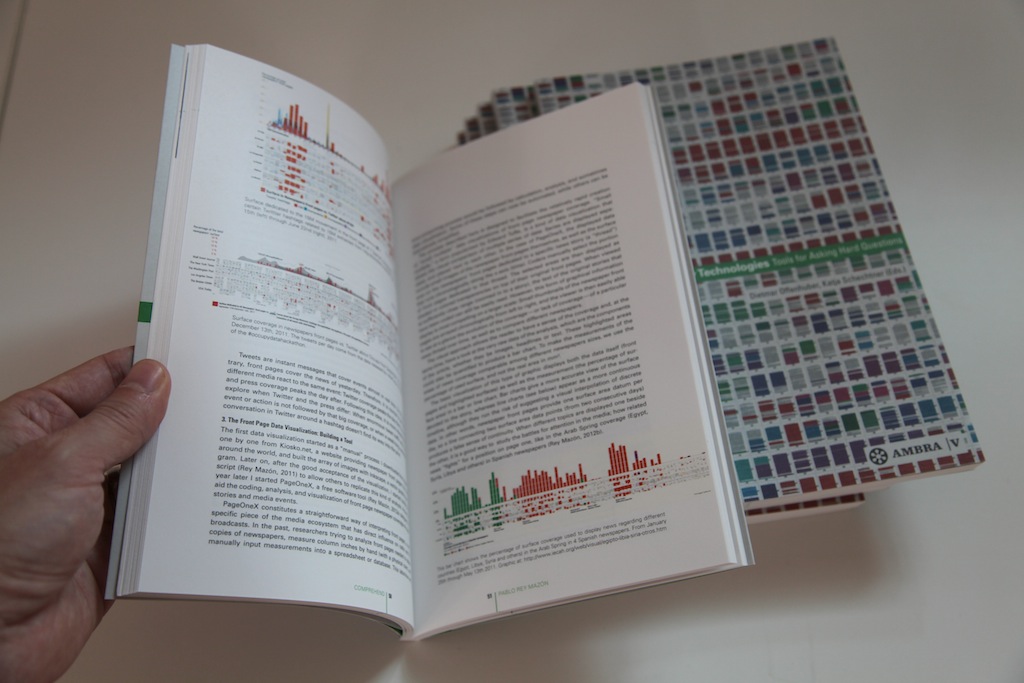 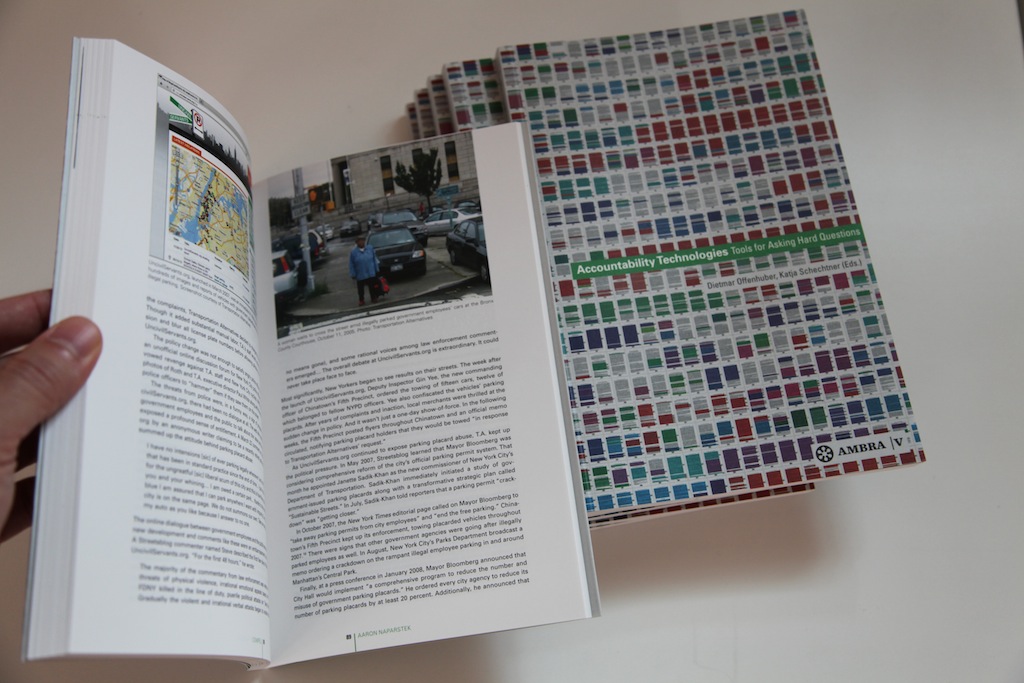 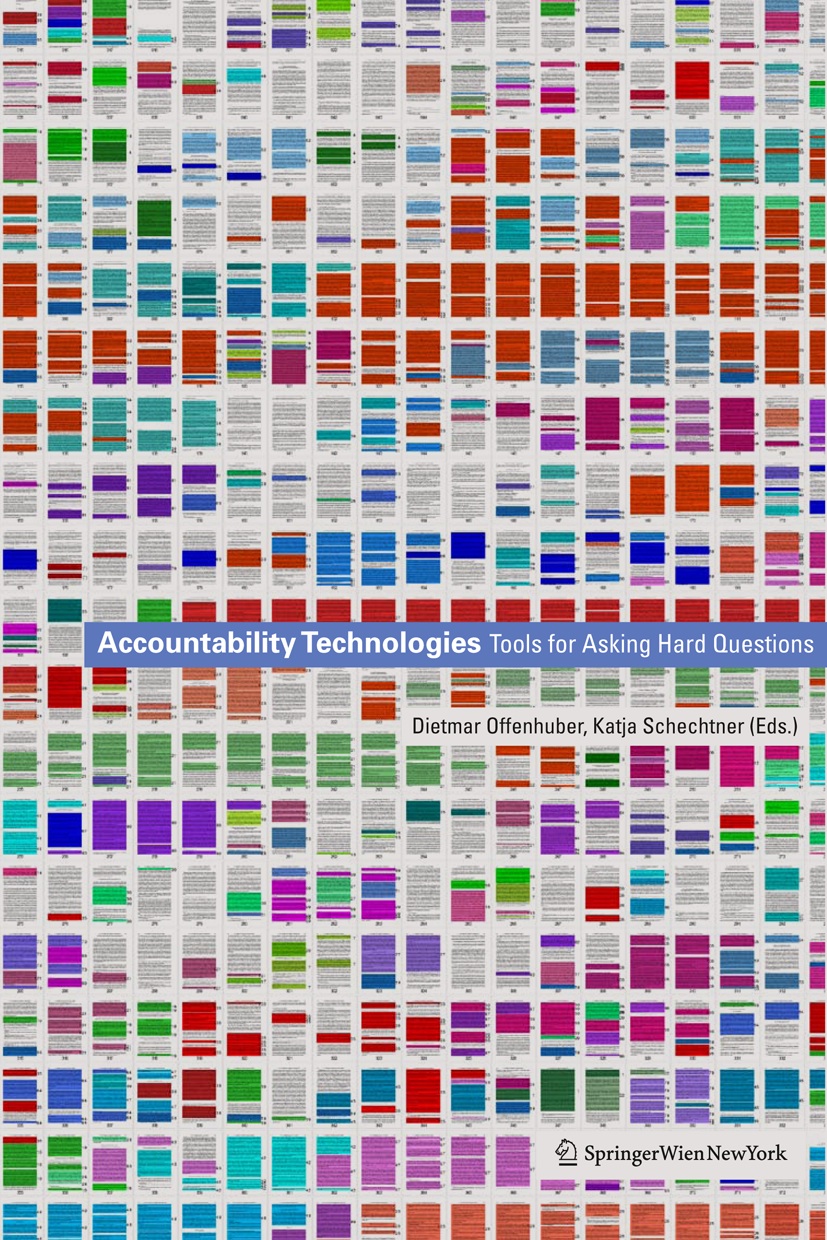 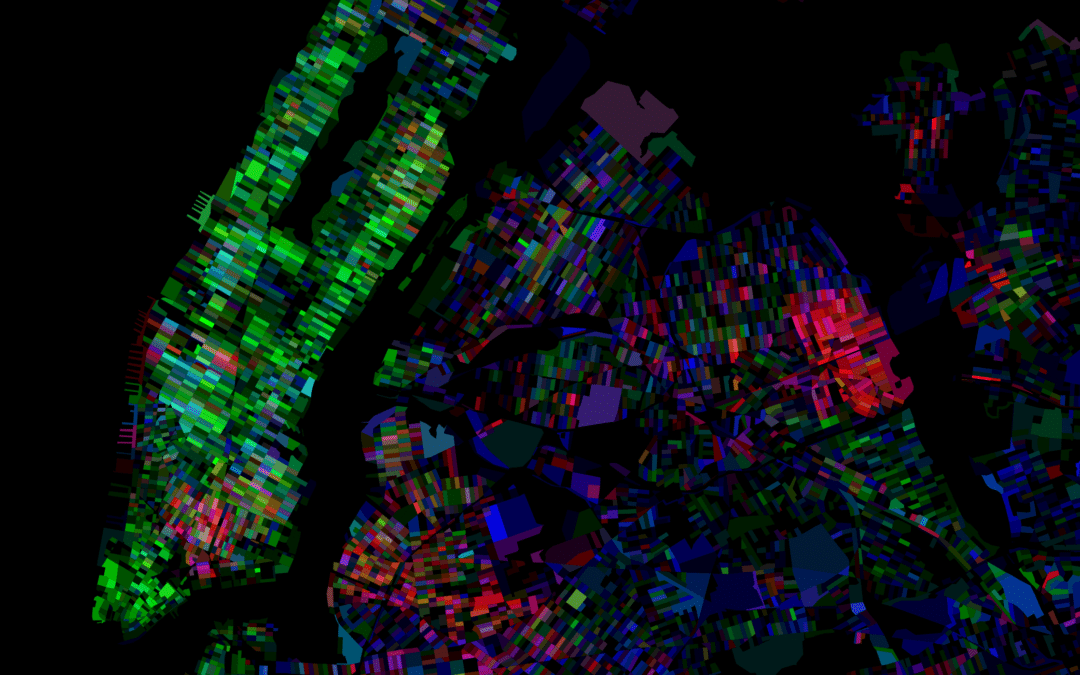 What do New Yorkers complain about?

What do New Yorkers complain about?

Currently I am working on a comparative study of the design factors of citizen feedback systems based on the data they generate. The recent history of these systems is a tale of growing ambition. In the past decade, most large US cities have implemented non-emergency incident reporting systems via telephone helplines, websites, and recently mobile applications. During that time, 311 systems, named after the three-digit telephone number reserved for that purpose, have evolved from service hotlines to public accountability instruments, data sources for urban maintenance and tools for civic engagement.

A small visualization of the New York 311 data that I did past September, keeps surfacing on different blogs. The city of NY publishes all community requests; around 2 Million for the past two years, covering over 100 types of incidents ranging from code violations on construction sites to plumbing issues in public housing projects.
From among the top 15 categories, I selected complaints about noise, litter and graffiti – urban issues that everyone can relate to. They were similar in terms of number of complaints, but very distinct in terms of their spatial patterns.

I used the RGB channels for each respective category, creating a composite that allows a comparison of all three parameters at the same time. Showing more than two parameters is usually very difficult in thematic maps. This strategy creates a surprisingly salient spatial pattern. It seems that Manhattan complains more about noise, the Bronx more about graffiti, and Staten Island more about litter. 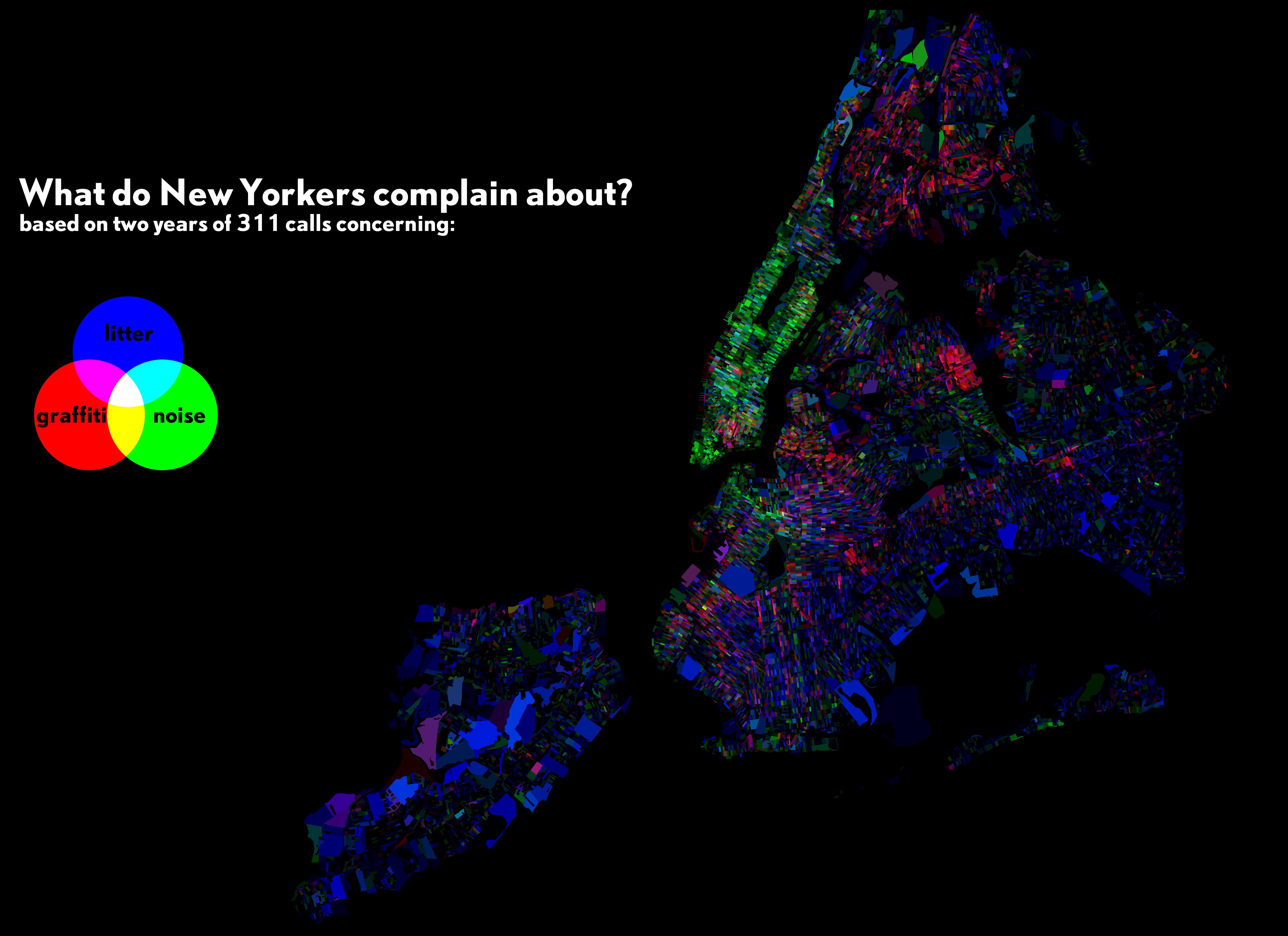